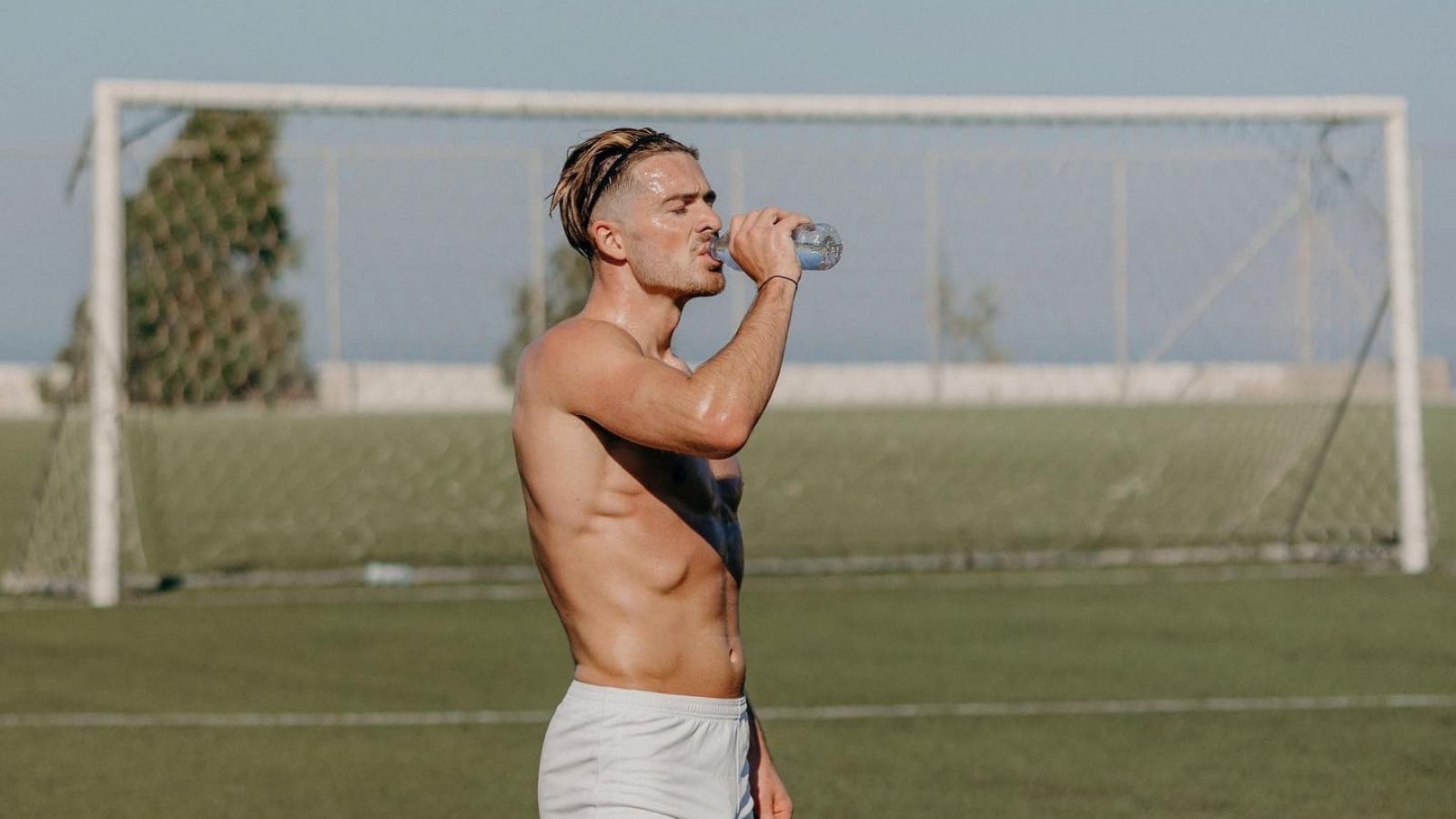 England attacking midfielder Jack Grealish might have spent most of his summer break partying but he did not forget to take care of his fitness. Grealish recently posted some photos on Twitter in which he can be seen exercising extensively. Grealish was on holiday in the Greek island of Santorini but the Manchester City attacking midfielder did not waste any opportunity to prepare himself for the upcoming season.

Grealish appeared to be in brilliant shape. His ripped physique was simply a testament to the fact that the 26-year-old has been working hard in the training sessions.

“And we backkkk,” Grealish wrote in the caption as he posted photos of him during a training session.

Manchester City won the Premier League title last season and just a day after the club’s title parade, Grealish travelled to Ibiza. Later, Grealish found himself in a controversy while he was in Las Vegas. Grealish’s wild partying in Las Vegas was slammed by many former footballers and experts.

“He has made a rod for his own back, Jack. He has become a target because he’s got himself in some situations that you shouldn’t get yourself in,” former Liverpool and England midfielder Danny Murphy said on talkSPORT.

“And once you’ve had a couple of misdemeanours and a couple of problems that have been well documented, you then have to put your head down and stay out of the firing line,” he added.

Back in 2020, Grealish was banned from driving for nine months after crashing his car during the lockdown in March.

Manchester City had roped in Grealish from Aston Villa ahead of the 2021-22 season. And with this transfer, Grealish became the most expensive English footballer of all time. His high-profile transfer overtook the previous record in English football held by Paul Pogba when he had signed for Manchester United from Juventus back in 2016.

Overall, Grealish has played 39 matches for Manchester City and found the back of the net six times. He played 26 matches in the recently concluded Premier League with three goals in his kitty.