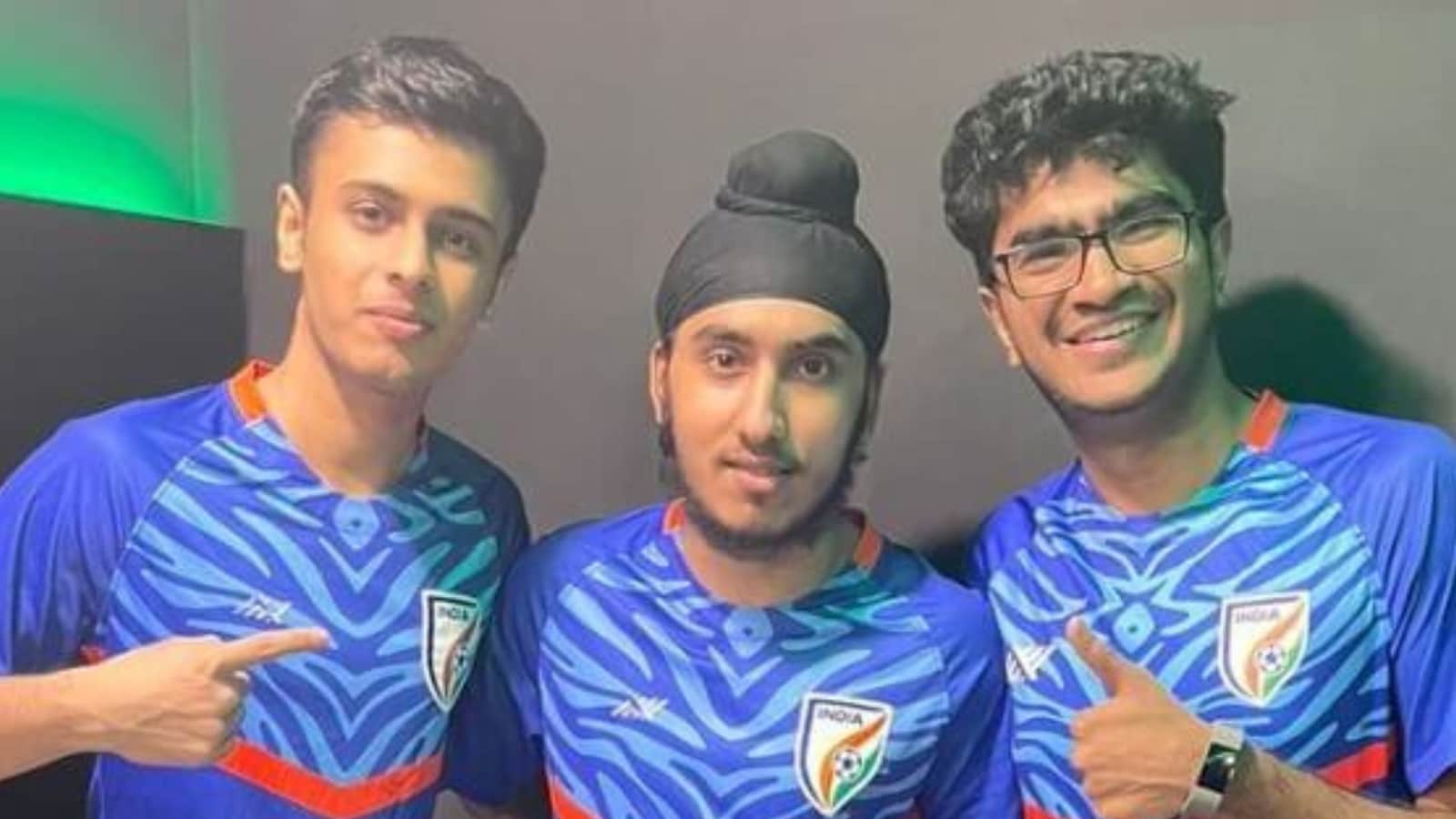 With India being one of the participating nations in the FIFAe Nations Cup 2022, scheduled to be held in Copenhagen from July 27-30, 2022 among 24 countries, there has been a lot of interest in the three-member squad comprising Charanjot Singh, Saransh Jain, and Siddh Chandrana among traditional Esports followers, and even aspiring ones.

“It’s like traditional football, but you play on a controller. Each half comprises six minutes, and a game gets over in 12 minutes flat,” Sidd quipped.

“FIFAe is Esports for football in simple terms. You need a console, a PS5 and preferably a gaming monitor to play. The gaming monitor is not compulsory. You can also play on a TV,” informed Charanjot.

India have been clubbed in Group D with The Netherlands, Poland, Italy, Mexico and Morocco. Teams play each other twice and the top four from each group advance to the Round of 16.

“The Netherlands, Portugal, England, Germany and Spain are the powerhouses in FIFAe,” Sidd maintained, with Charanjot adding: “Every European nation is a powerhouse.

“The skill gap is very small. If we were to compare England as a top nation, I’d say they are not very superior to us. Every team going there into the tournament has a kind of an equal chance,” Charanjot stressed.

“The World Cup means a lot to all of us. We have been grinding hard to get India the eligibility, which we finally achieved in 2021. Now after all the hard work we are eventually there, and have something to show for it. It’s a thing of pride for all of us,” Charanjot smiled.

“Over 80 countries played in the qualifiers, and out of these 24 have finally made it to the big stage,” Sidd’s pride was evident as he spoke. “This is the beginning of something big for India. Last edition, we were agonisingly close to qualifying, and the wait has brought out sweeter results for us,” Sidd echoed.