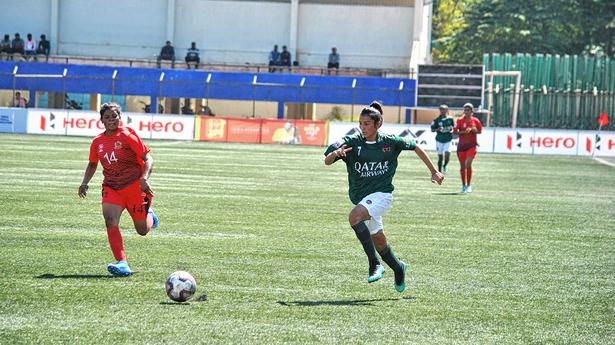 Indian footballers Jyoti Chauhan and Soumya Guguloth have been invited to join Croatia’s first division side ZNK Dinamo Zagreb for its pre-season and extended trials. In their stay, they will be considered for a possible longer term contract with the club.

Jyoti & Soumya were selected by the club’s assistant coach, Mia Medvedoski, when she attended the Women in Sports Elite Trials held from 6th -11th June in Kolkata, India.

The duo will be in Zagreb with the women’s team in the first week of August for about 12-15 days.

This is the first time that Dinamo Zagreb is looking to sign players from India in either the Men’s or Womens’ category.

ZNK Dinamo Zagreb is a woman’s football club founded in 2016 and has gone to win the first division twice.

Women footballers from India have seen Ngangom Bala Devi as their trailblazer in embracing international club football, with the Manipur woman joining Rangers two years ago.

Of the two selected for the trials in Croatia, Soumya also plays for the same club, GKFC, which won the Indian Women’s League this year.