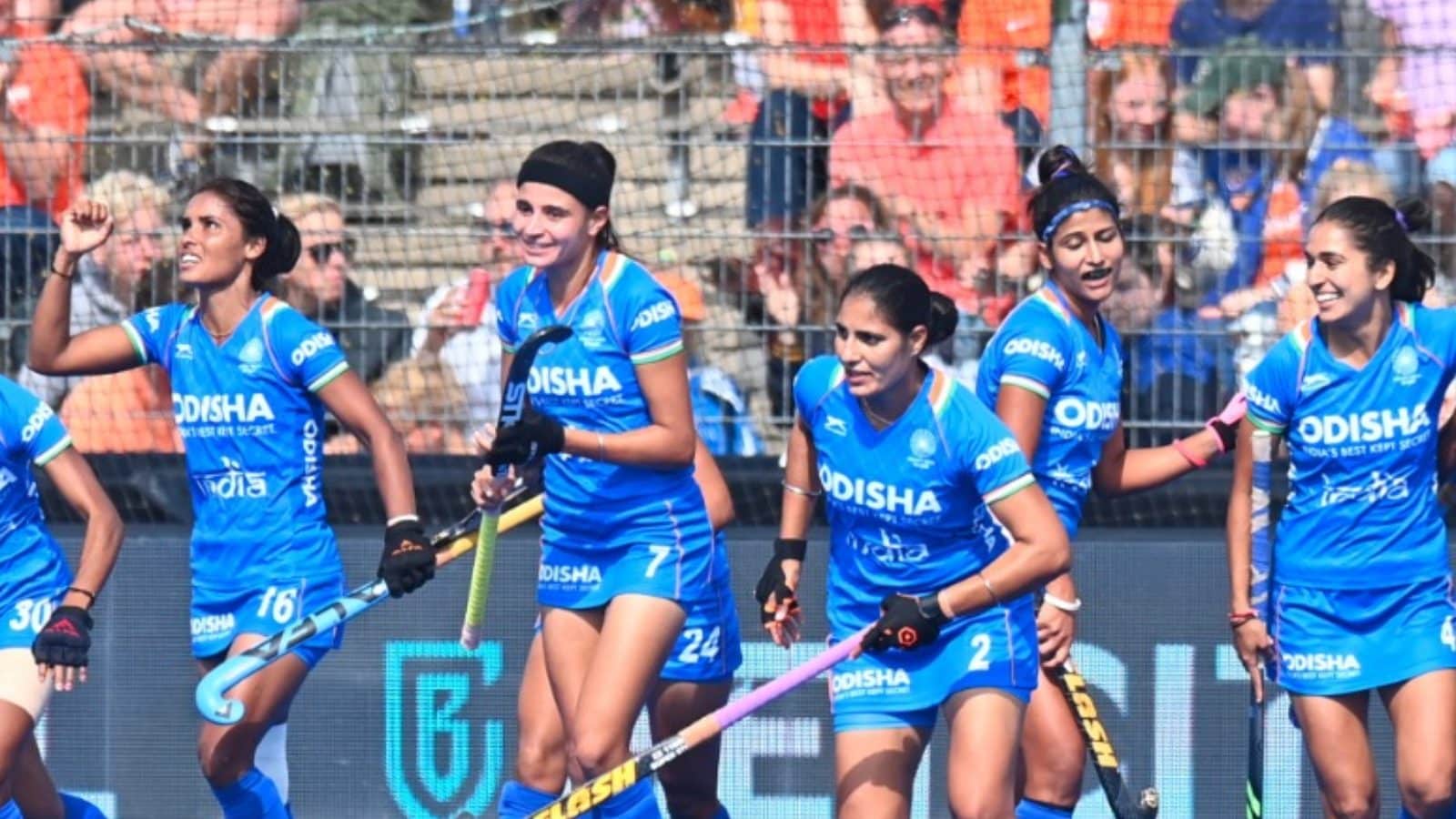 The Indian Women’s hockey team will now turn their focus on the upcoming Birmingham 2022 Commonwealth Games which begins on 28th July. Chief Coach Janneke Schopman’s team are coming off a tough campaign at the recently concluded FIH Hockey Women’s World Cup Spain and Netherlands 2022 but will now eye success in Birmingham.

Transfer Window 2023: From Haaland to Richarlison, Here Are The Top Strikers Signed by Premier League Clubs

Speaking to the media a day after arriving in the United Kingdom ahead of the Commonwealth Games, Chief Coach, Janneke Schopman said sharpening their skills would be essential going ahead.

“Our performance at the World Cup wasn’t good in terms of results, but we created a lot of PC chances and played well overall. It was our execution that wasn’t the best. We will be focusing on getting our execution spot on going ahead and prepare accordingly for the CWG. We need to train better for the execution to improve,” Schopman said.

He added, “Our manner of playing has changed, instead of defending more like earlier, other teams are setting up defensively against us.”

The Indian team will have a training camp before the Commonwealth Games in Nottingham.

According to senior player Nikki Pradhan, the team is in good spirits as they get set to crank up the intensity in the final rounds of preparations before the prestigious Quadrennial Games.

“The mood is good in the team currently. We want to play good matches at the CWG and want to play an attacking game here. We weren’t able to score too many goals at the World Cup but we hope to change that now,” Pradhan said.

Looking back at the difficult World Cup campaign recently, Monika noted that they didn’t get the kind of results they would have liked but added that the overall performances were not a problem.

“I would say that we played well from the start of the World Cup. We played as a team from the start but with the New Zealand game, it was a difficult encounter and things didn’t work out on the day. Unfortunately, we didn’t score from the PCs we created but we will work on them going ahead. The performances though were good overall for us,” Monika said.

Touching on the much-talked about the heat-wave that is plaguing the United Kingdom, the coach played down any worries.

“It’s hot but it is what it is and we have trained and played in Bhubaneswar where it is also quite hot and humid. We also haven’t seen the actual field in Birmingham, but however it is, we have to make the best of the circumstances that are on offer,” Schopman said.

The Indian women’s team won Gold at the 2002 Commonwealth Games (Manchester) and Silver in the 2006 edition in Melbourne. More recently, they finished a very credible fourth at the Tokyo Olympics 2020.

The matches will be telecast on the Sony Network.