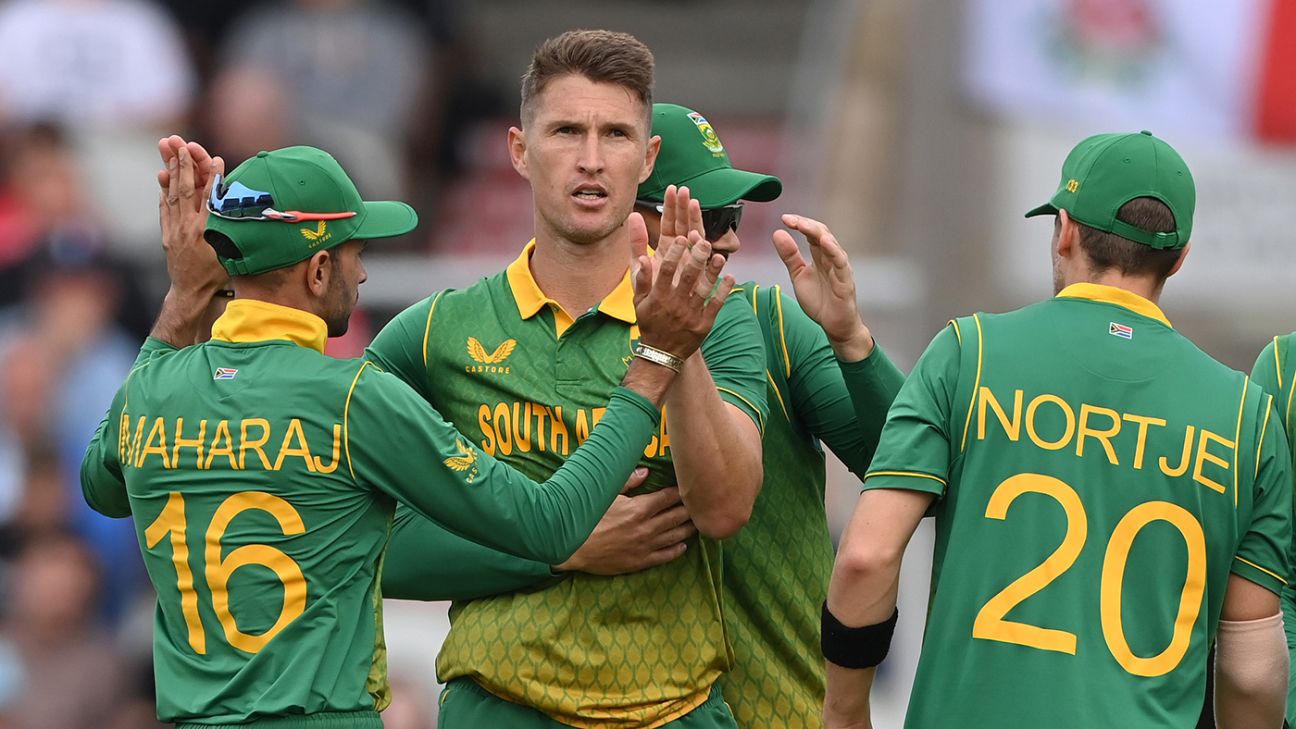 South Africa face a dilemma as they head to India for a white-ball tour that comprises three T20Is and three ODIs. With the T20 World Cup barely a month away, most teams have their focus set on the marquee tournament. But South Africa don’t quite have that liberty.

They are currently in 11th place on the ODI Super League points table, with just four wins from 13 matches. They also withdrew from the three-game ODI series against Australia that was originally scheduled for January 2023, and will lose all their Super League points from that series. All this effectively hurts their prospects of direct qualification for next year’s ODI World Cup in India, with only the top eight teams on the table eligible for direct entry. The bottom five teams, along with the Associates, will have to play the World Cup Qualifier in a bid to seal the last two spots at the ten-team tournament.

So how do South Africa approach the three-match ODI series in India, which begins on October 6, just 18 days before their first game at the T20 World Cup? Do they put out a full-strength unit days before a crucial tournament and try to secure Super League points, or do they put direct qualification for the ODI World Cup at further risk by not playing their best XI?

“I think the one-day series that we are going to play, we want results, and we want to win,” Mark Boucher, the South Africa head coach, said ahead of the team’s departure to India. “But everything with regards to the Indian tour will be bearing in mind that we have got a [T20] World Cup ahead of us.

“So if it is resting players or giving opportunities to players… I see the squad that is going with us – maybe 19, 20 players – I don’t see it like a T20 squad or a one-day squad. I look at opportunities throughout 20 individuals that we just need to manage and get them in the best space for the [T20] World Cup.”

While South Africa have lost just four of their last 21 completed T20Is, their ODI cricket has suffered over recent months. Boucher attributed this to not having their best players available at various times.

“One-day cricket, we have had a bit of a mixed bag because we have lost players at crucial times in series to IPL and all that type of stuff, which is uncontrollable,” he said. “So we haven’t always been able to have our best players playing certain competitions and series and games that we have always needed.

“That’s why we are in the situation where we have to manage regarding qualification. This white-ball team has a lot of special players. It’s just the balance on trying to work out how do we get everyone involved and get them ready for a big event, which is the World Cup.”

‘I saw an opportunity for my future, for my family going forward, and I took that opportunity’ – Boucher on signing up with Mumbai Indians•Getty Images

India will be South Africa’s last pit stop before they head to Australia for the T20 World Cup. Incidentally, India and South Africa are in the same group in the tournament, and will face-off on October 30, in Perth. Boucher is well aware of this fact.

“It was just a situation I was put into, and I saw an opportunity for my future, for my family going forward, and I took that opportunity,” Boucher said. “My decisions from a personal perspective aren’t going to hamper these guys at all. I will continue to give them everything that I have in order to have the best outcome in a World Cup.

Ashish Pant is a sub-editor with ESPNcricinfo