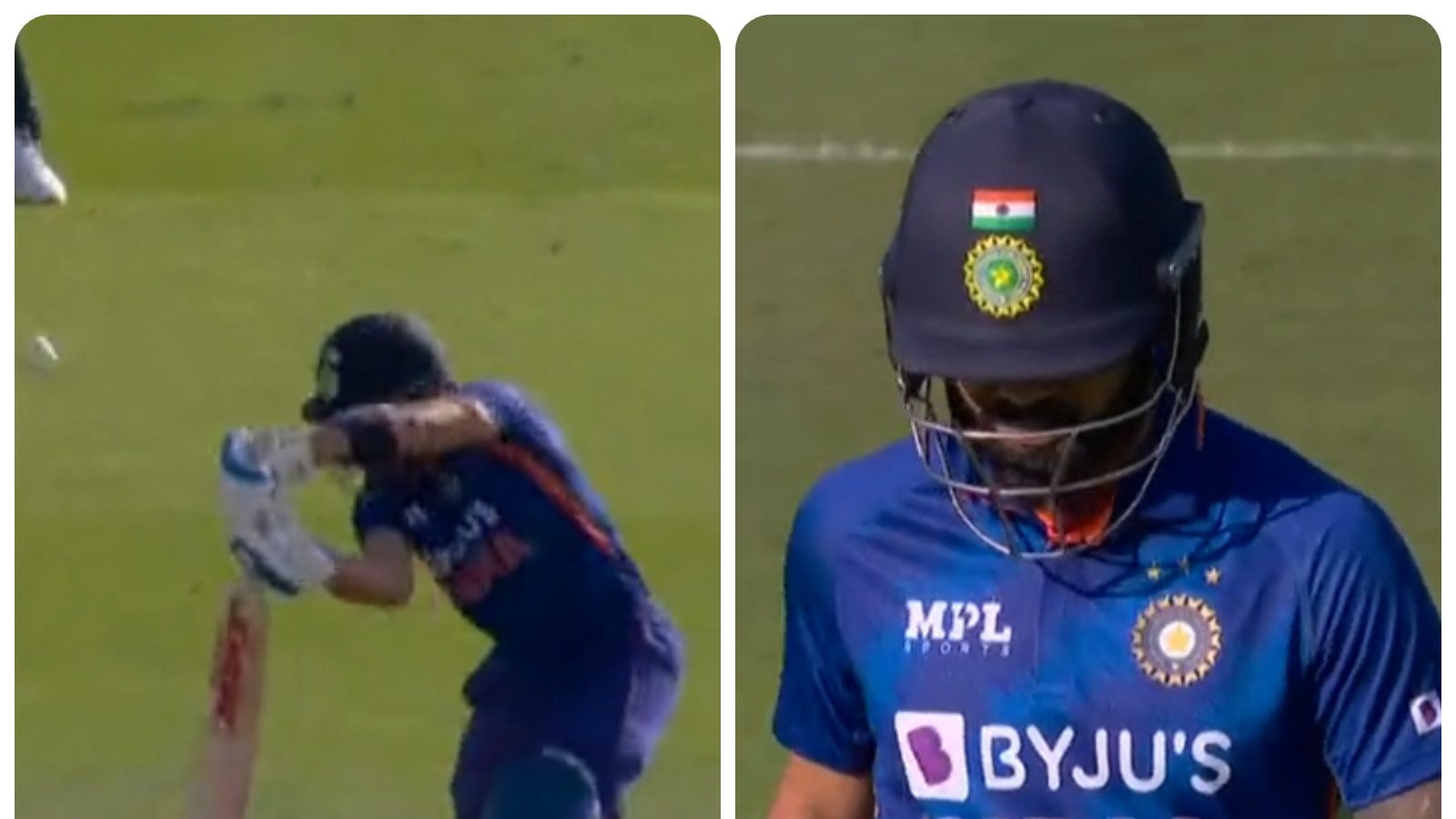 Former India skipper Virat Kohli is currently talk of the town. The cricketing world continues to be divided over what should Kohli do as he continues to struggle with a severe run drought. It all started when Kohli’s poor form stretched past IPL 2022 where he accounted for 342 runs in 16 matches. Not to mention that he had last scored an international century back in November 2019. Now, even in England, his bad form continues to follow him. After a fifty in the warmup match, he couldn’t quite get the runs in the one-off Test match against England at Edgbaston.

While he was ruled out of the first ODI against England, fans hoped that he would score a hundred or at least a fifty since in the ODIs since he would have all the time in the world to play himself in, especially after his failure in T20I series where he accounted for 12 runs in 2 matches.

Nonetheless, his fans were proved wrong again as Kohli was dismissed for 16 off 25 balls. Which means another failure despite getting a good start. He was eventually out edging David Willey and it was a snorter of a ball. You can watch the video below.

This is some spell. Kohli departs…

Earlier Yuzvendra Chahal’s clever variations complemented by Hardik Pandya’s steady fast medium bowling saw India bowl out England for a manageable 246 in 49 overs in the second ODI at the Lord’s on Thursday.

However, it was Moeen Ali (47 off 64 balls) who took the attack back to the opposition camp with his audacious hooked and pulled sixes interspersed with slog sweeps as England’s total had some semblance of respectability after the feared top-order promised much but delivered little.

Moeen and David Willey (41 off 49 balls) added 62 runs for the seventh wicket to help set up a 250-run target after 200 looked improbable at one point in time.

On a two-paced track, Chahal (10-0-47-4) was brilliant in managing his lengths while giving the ball a lot of air as he got rid of England’s ‘Big Three’ — Jonny Bairstow (31), Joe Root (11) and Ben Stokes (21) — and then snuffed out Moeen just when he was looking dangerous.

At the other end, Pandya (6-0-28-2), who is slowly getting his bowling rhythm back, chipped in with wickets of Jason Roy (23) and Liam Livingstone (33) to choke the run-flow as Rohit Sharma had another fine day in office, maneuvering his six-man attack.