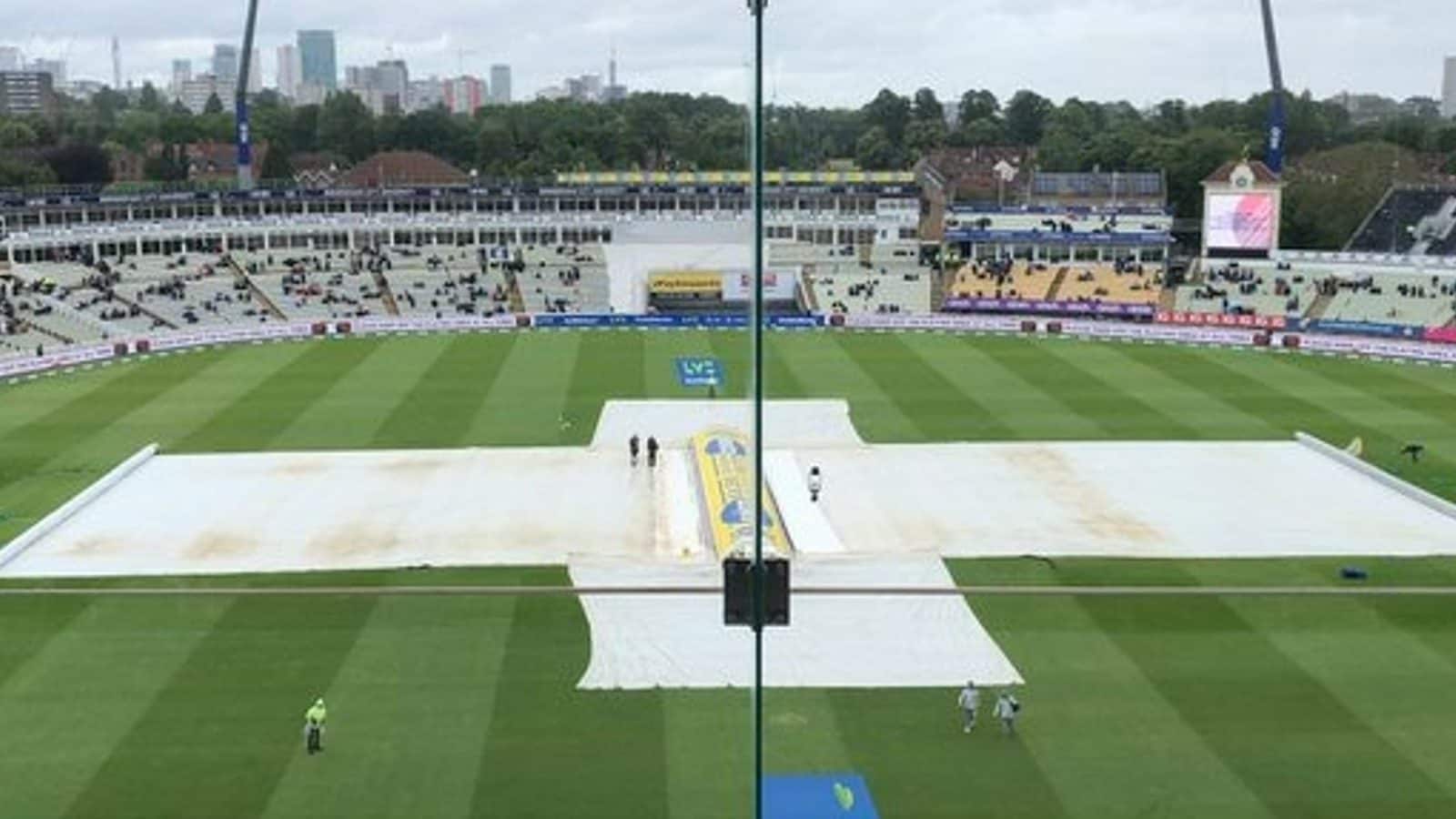 The rescheduled fifth test has been dominated by Team India who has performed exceptionally well with both the bat and the ball. The first day of the match was affected due to rain, and so was the second day as play was interrupted thrice on Saturday.

And as per the forecast, there are chances of rain on day 3 as well. Accuweather predicts the first couple of hours of the day to be cloudy followed by chances of rainfall for the next hour.

The sun is expected to come out at noon, but the cloud covers are expected to remain till the end of play on the third day of the test.

India scored a massive 416 before being bowled out by hosts England thanks to brilliant knocks from Rishabh Pant and Ravindra Jadeja.

The Indian wicketkeeper-batsman notched up 146 runs on just 111 deliveries in an entertaining inning that saw the left-hander from Uttarakhand playing his natural attacking game without any sense of fear.

India were under immense pressure at 98 for the loss of 5 wickets before Pant and Jadeja pieced together a 222-run stand for the sixth wicket before Joe Root scalped Pant 4 runs short of the 150 mark.

Jadeja was at the crease even after the dismissal of Pant and ensured that he’d get to triple figures as well.

Jasprit Bumrah turned heads as he scored 29 runs off English pacer Stuart Broad, who conceded 35 runs in a single over, making it the most expensive over in the history of test match cricket.

After posting a dominant total, the Indian bowlers too held up their end of the bargain. Skipper Bumrah picked up 3 wickets as the English side stopped play at end of day 2 with 84 runs on the board for the fall of 5 wickets.

Jonny Bairstow and Ben Stokes will resume play on Sunday with England still trailing by 332 runs.

England have adapted a new aggressive approach to test matches as witnessed from their series against New Zealand where they managed to pick up wins from tight situations.

England also managed to chase down massive totals in the second innings against New Zealand which would certainly have boosted their confidence ahead of the postponed one-off test game against India.