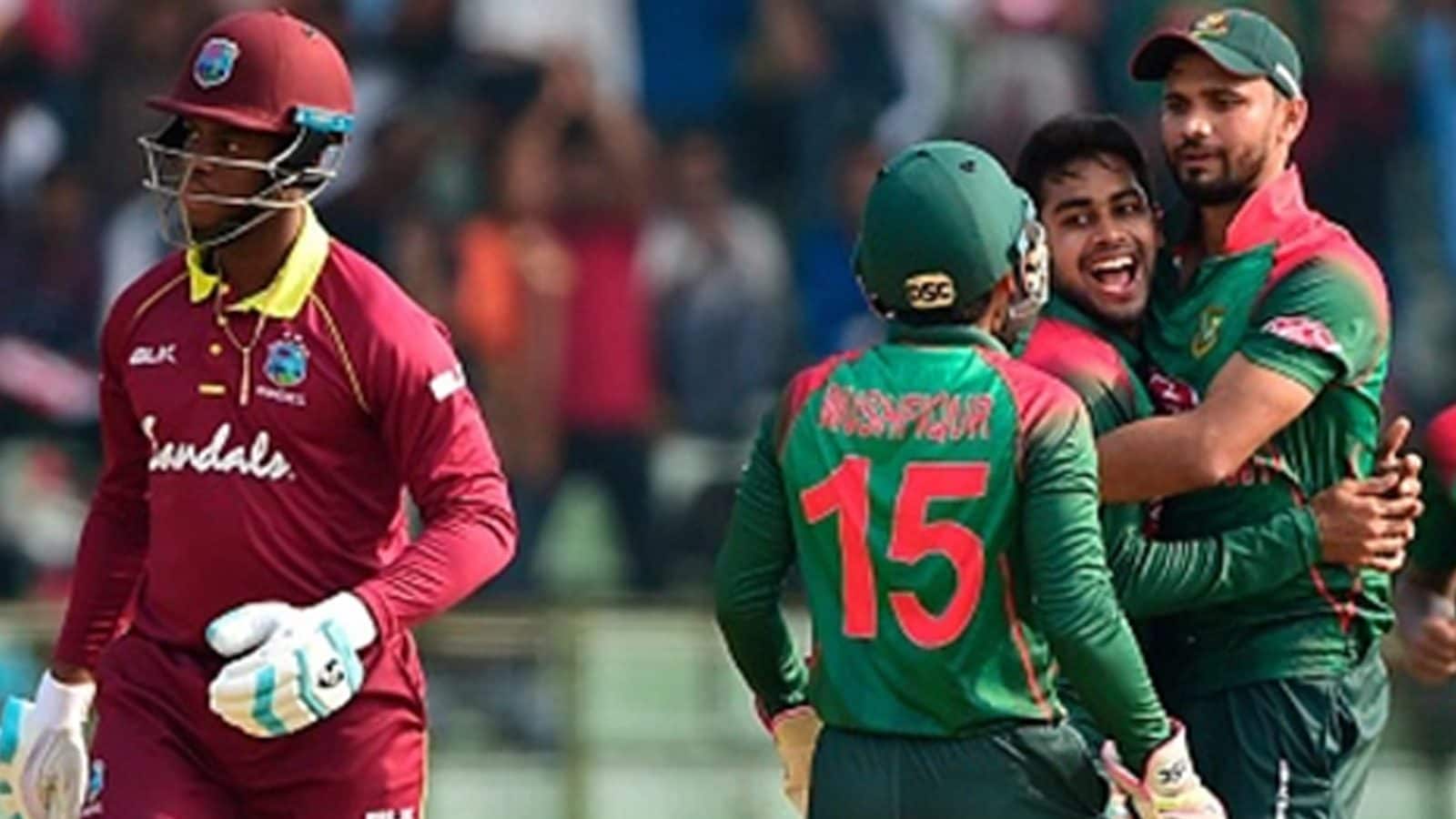 Shoriful Islam’s haul of four for 34, his best in ODIs, limited the West Indies to 149 for nine batting first in a fixture reduced to 41 overs-per-side before Mahmudullah’s unbeaten 41 saw the visitors to the target with more than nine overs to spare.

After 2-0 losses in both the preceding Test and T20 International series, Bangladesh’s ninth consecutive ODI win over the West Indies puts the pressure on the home side going into the second match at the same venue on Wednesday.

Mehidy played his part in a disciplined bowling effort with three wickets.

Senior pace bowler Mustafizur Rahman set the tone for the match when he dismissed dangerous opener Shai Hope for a first-ball duck after Bangladesh captain Tamim Iqbal put the home side in to bat.

“This is a really good result for us because rain prevented us from practicing properly for the last few days,” said the spinner.

“These were ideal conditions for us. I just tried to bowl in the right areas and everything worked out well for us.”

Shamarh Brooks top-scored with 33 for the hosts with the next best effort being an unbeaten 19 from Anderson Phillip in an unbroken last-wicket partnership of 39 with Jayden Seales (16 not out).

Shoriful went one better than Mustafizur in taking the wickets of Brandon King and Brooks in his opening over before adding the Guyanese pair of all-rounder Romario Shepherd and spinner Gudakesh Motie.

However, the coveted fifth wicket of the innings proved elusive as Bangladesh’s fielders dropped three catches to extend the last-wicket resistance of Phillip and Seales.

With the sun coming out to ease the batting conditions, Bangladesh were always favored to overhaul the target, and 37 from Najmul Hossain together with 33 by Tamim at the top of the order set them on their way.