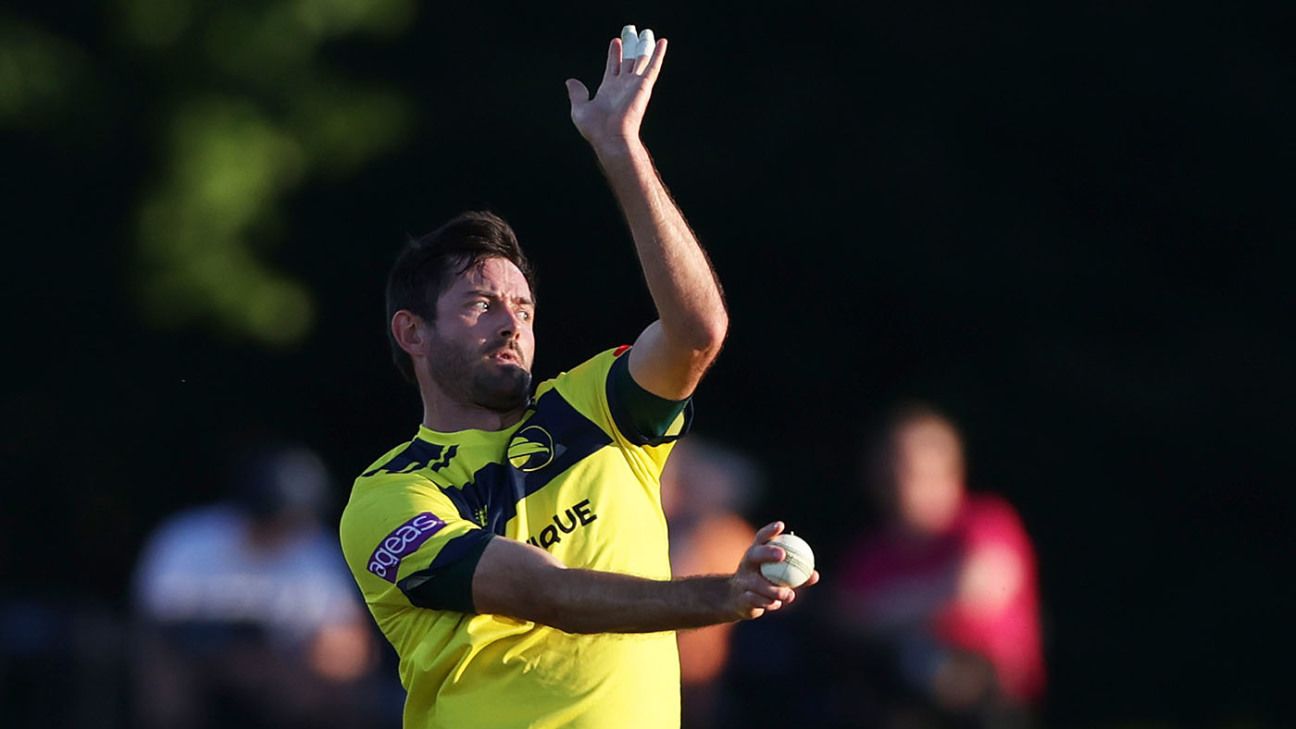 Allrounder Ian Holland, who has had to miss all of USA’s international commitments in 2022 because of his commitments with Hampshire, has been called up to the national team’s 14-man squad for the ICC Cricket World Cup League Two matches in Scotland later this month.
Holland is one of three changes from the squad that played in May-June in Texas in the matches against Nepal, Oman, UAE and Scotland, effectively replacing Ali Khan, who continues to recover since a surgery for a broken bone in his right arm.
During USA’s undefeated run to the ICC Americas T20 Championship at Antigua in November last year, Holland was their leading wicket-taker, but he has since missed the home ODIs in Texas as well as the tour of Zimbabwe for the T20 World Cup qualifiers. But, after not being part of any of the squads for the men’s Hundred, he has made himself available, choosing to bypass two matches in the Royal London One-Day Cup. The matches in Scotland will run from August 10 to August 17.

“There is no doubt that Ali Khan’s enforced absence is a big blow for us,” Michael Voss, USA Cricket selection chairman, said in a statement. “We wish him well with his ongoing recovery and look forward to him being able to get back into USA colors. However, the return of Ian Holland, who is available for the first time for the USA since the Americas T20 Qualifier in Antigua last November, is a huge boost for us.”

The other two changes in the ODI squad are a result of health and logistics.

Jaskaran Malhotra, who missed the Texas ODIs after suffering a broken finger on the eve of the series, came back in for 18-year-old Rahul Jariwala, who made 28 runs in three innings in his debut series.
Fast bowler Rusty Theron was unable to secure a visa to get into the UK, according to a USA Cricket press statement, and that meant a chance for Jessy Singh as a pace bowling option. He last played an ODI on the tour of Oman in September 2021.

USA have two warm-up matches against Scotland A on August 5 and August 7 before the first of four games on the tour, against UAE, on August 11 in Aberdeen.