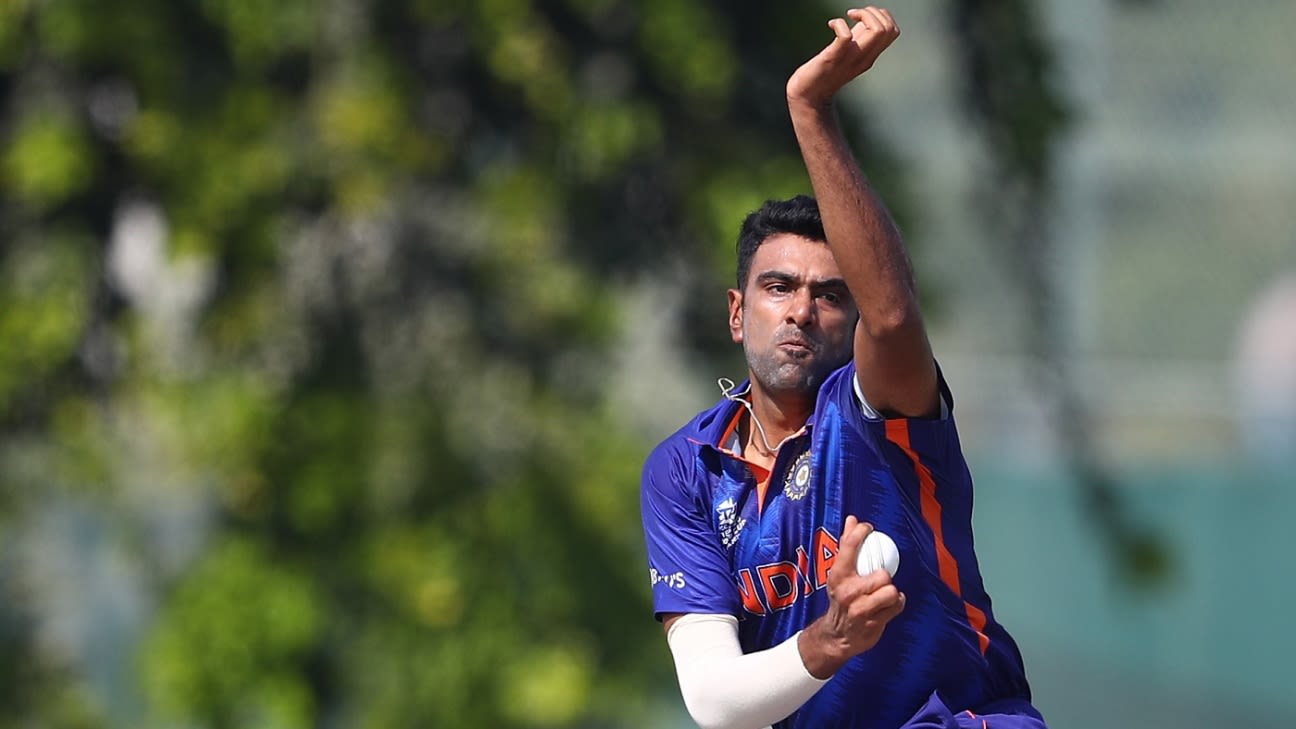 R Ashwin, the India offspinner, has said that he “switches off the telly” while watching 50-over cricket and has advocated a return to the use of one ball per innings in ODI cricket to bring bowlers back into the game.

Since 2011, two new balls have been used per innings in ODI cricket (one from each end), with the result that they have been relatively hard even at the end of an innings, and reverse-swing has become a rare feature of 50-over cricket.

Speaking on the Vaughany and Tuffers Cricket Club podcast, Ashwin – who is not part of the India squad for the ongoing ODI series in England – suggested that reverting to a single ball per ODI innings would help spinners, as well as bring reverse-swing back into play.

“I’m an absolute cricket badger, a nut, and I switch off the telly after a point of time, watching the one-day game,” Ashwin said. “That’s frankly very scary for that format of the game, I think. Those ebbs and flows, when they go missing, it’s not cricket anymore, it’s just an extended format of T20.

“I think one ball [per innings] is something that would work and even the spinners would come into play. You’d have a lot more spinners bowling at the back half of the game. They are bowling right now but you might see a little more slowing of the pitch or whatever it is, and the reverse-swing might come back into play which I think is very crucial for the game.

“I think one-day cricket, the beauty of one-day cricket is – sorry, was – that there was a lot of ebbs and flows left in the game. Somebody needed to just bide their time, take the game deep, and the ball would be reverse-swinging. At one point, 60 balls, 60 to get, with seven wickets in hand, and you’re backing the bowling team to win. Not any more: that’s going to be a canter now.”

Ashwin’s comments echoed those made recently on the same podcast by the New Zealand fast bowler Trent Boult, who suggested that “two new balls on really good wickets” had turned ODI cricket into a formulaic game.

“In New Zealand, generally they’re drop-in wickets on rugby grounds with a wicket that doesn’t turn,” Boult had said. “You get 312 and then the team chasing chases that in 47 overs and you think ‘where did the last six hours go?’ I’d love to see it moving around, turning, 250 plays 250 – but also 420 plays 390.”