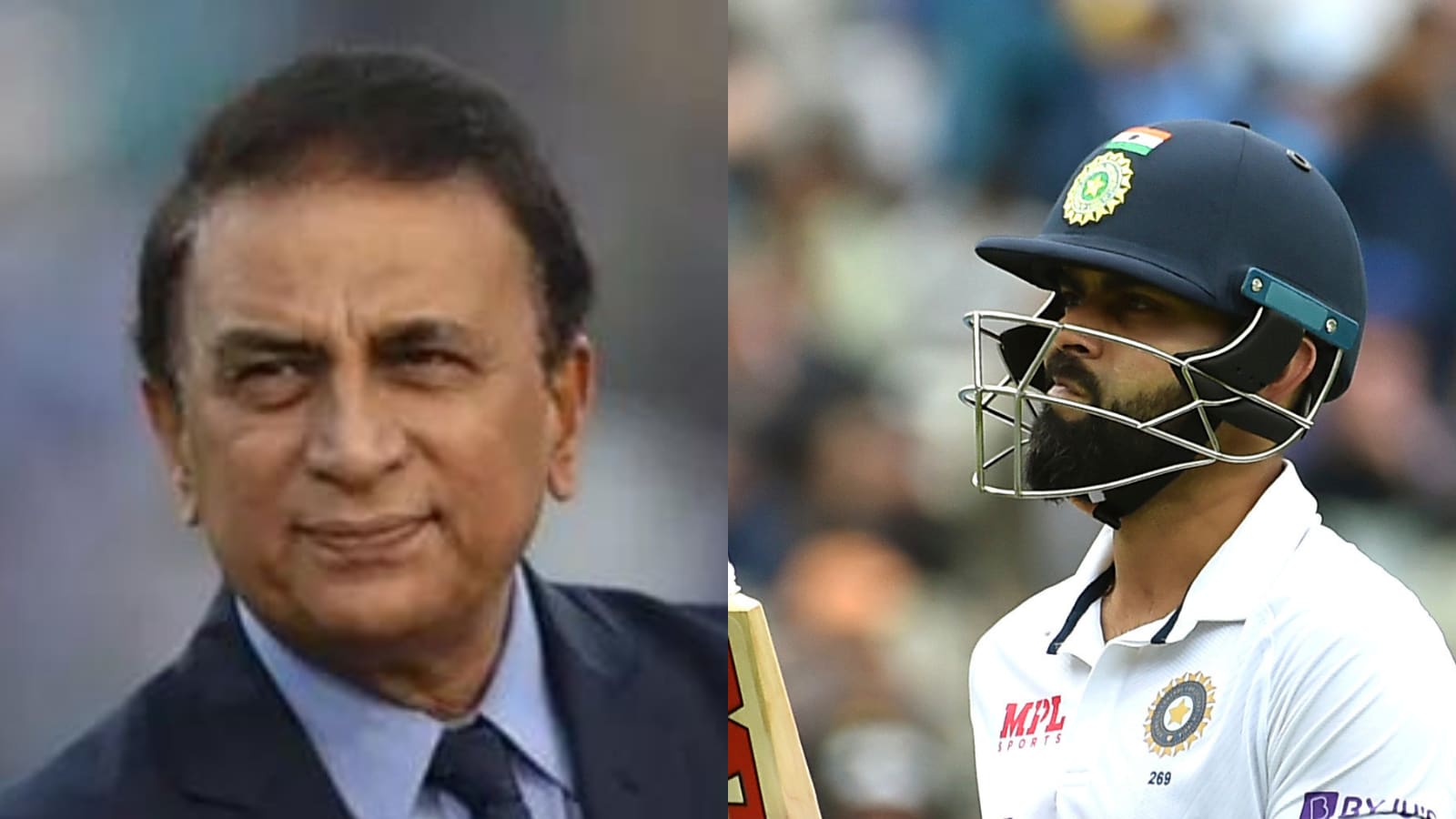 Batting legend Sunil Gavaskar has pointed at an issue with Virat Kohli’s batting approach in the Edgbaston Test as the former India captain continues to struggle with the bat.

Kohli scored 11 and 20 runs in the two innings in Edgbaston as England chased 378 in the fourth innings to win the match by seven wickets on the fifth and final day of the rescheduled fifth Test of the 2021 series as the hosts levelled the series 2-2.

The 33-year-old batter has not scored an international century since November 2019, and his poor run of form has been a matter of concern for many Tests.

Speaking to Sports Today, Gavaskar said because of the lean patch and his eagerness to get out of it, Kohli is trying to reach for almost every ball and play at it.

ALSO READ: By the Time He Retires, He Would Be Among Sachin Tendulkar & Don Bradman’

“The trick to playing in England is to play as late as possible. Then you are allowing the ball to do its bit and then you are playing the ball. From what little I saw in the highlights, it seemed Kohli was looking to reach for the ball, trying to play the ball early,” Gavaskar said.

Gavaskar agreed that the way England chased a record total in the fourth innings after South Africa did against India in a home series last year, is a matter of concern for the Indian team management.

“It certainly is a cause for worry, particularly this latest chase of 378 – it’s a huge total to chase and the way they did it with so much time to spare on the final day – they got 120 runs in 100 minutes or so, that is unbelievable batting,” said Gavaskar.

“Maybe we didn’t try different angles, maybe sometimes we could have gone over the wicket, sometimes round the wicket. Maybe we could have made bowling changes from different ends. Maybe that wasn’t tried enough. Every single time the batsmen seemed to have more determination to stay at the wicket. Our bowlers tried everything that they could, but the opposition was better on that day,” Gavaskar added.