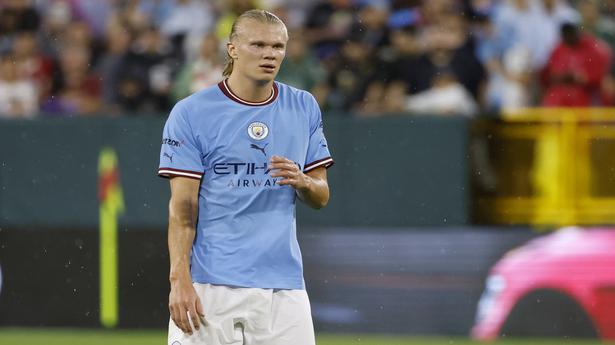 English champion Manchester City has pulled off one of the best summer signings after securing the services of Erling Haaland from Borussia Dortmund.

Haaland already has a goal for City, which came early on his debut in a pre-season friendly against Bayern Munich.  However, he endured a disappointing outing in the Community Shield loss to Liverpool, when he missed an open goal.

Man City, which has been playing without a proper No. 9 for a long time, finally has a lethal finisher in Haaland. Former England international Michael Owen feels that while Haaland is an excellent signing for City, it would not be plain sailing for the Norwegian, at least during his initial days in the league.

“He’s a very tall player, very good in the air. But I don’t think Man City crosses that many balls into the box or chip balls over the top for Erling Haaland to run on to. Most teams play a very deep line against City. So Haaland’s going to have to adapt his style of play as well.”

Owen said if Haaland could adapt to Pep Guardiola’s style of play, he will surely go on to score a lot of goals like he has been doing in his relatively young career in top-flight football.

Prediction for the upcoming season

Owen feels Man City will win the title and successfully defend its crown as the champion of England. Liverpool, Tottenham and Chelsea will follow in second, third and fourth for the Champions League spots. Manchester United and Arsenal will finish in sixth and seventh respectively.