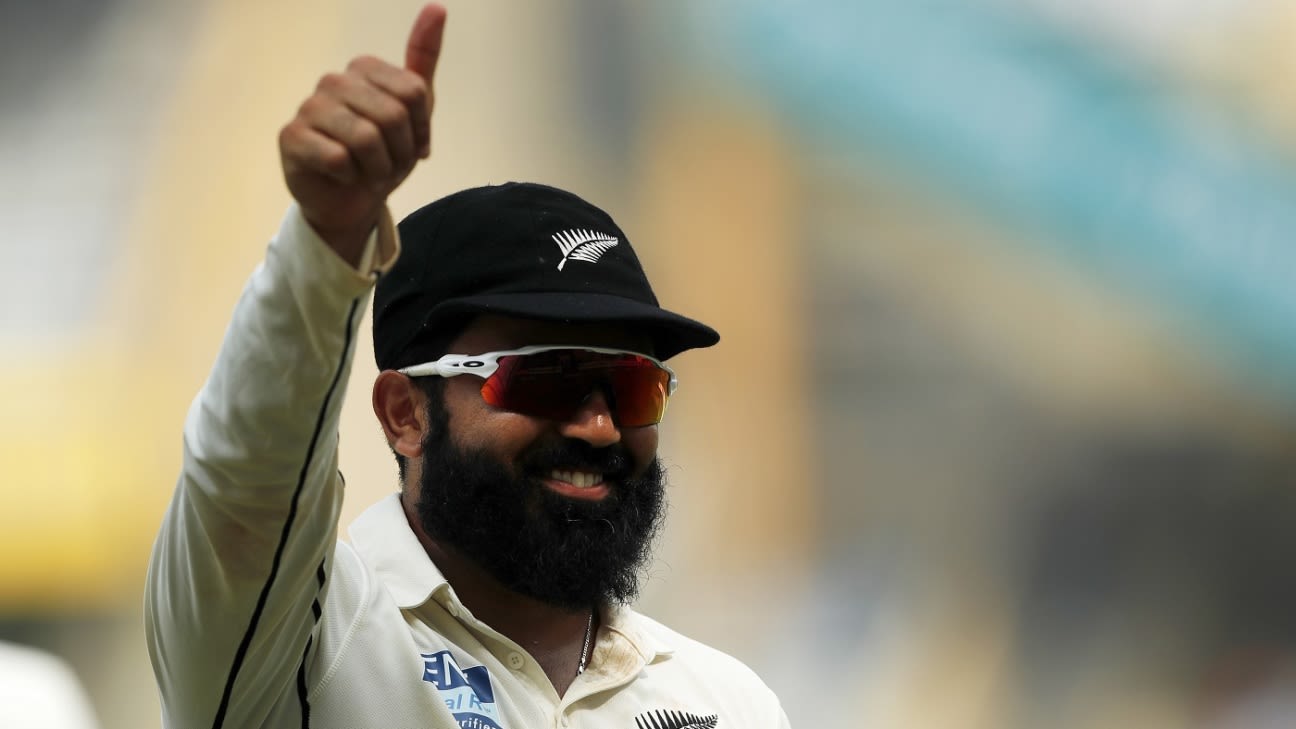 Ajaz Patel has been given the opportunity to bring consolation to a largely inactive UK summer by agreeing terms with Glamorgan as an overseas player for the final four matches of the LV= County Championship season.

New Zealand only turned to Patel’s left-arm spin for the opening Test of their series against England at Lord’s, where he bowled just two overs in the match, before rebalancing their side with the inclusion of the offspinning allrounder, Michael Bracewell.

He replaces the seam bowler, Michael Neser, who will return to Australia to join Queensland before the start of the Sheffield Shield.

Glamorgan are making a concerted bid for promotion from Division Two of the Championship (assuming the current set-up survives) and were only one point behind second-placed Middlesex going into this week’s round of matches.

Patel has played 12 Test matches and taken 43 wickets at an average of 27.65. Last year, he became only the third player in Test match history to take all ten wickets in an innings when he claimed 10 for 119 against India in Mumbai, following the England offspinner Jim Laker (vs Australia in 1956) and the India legspinner Anil Kumble, who achieved the feat in 1999 against Pakistan.

He has had limited experience of cricket in England and Wales but already has success on UK shores under his belt. Prior to his short stint with Yorkshire in 2019 – his two Championship games yielded a single wicket – he had dominated Surrey club cricket while already an active Test cricketer, turning in a series of match-winning performances for Cranleigh.

He will be available for all Glamorgan’s first-class matches in September, starting with the fixture against Worcestershire on September 5 at Sophia Gardens, and will doubtless be hoping that the weather holds in a strikingly dry summer.

Glamorgan’s director of cricket, Mark Wallace, said: “Michael Neser has been absolutely brilliant for us this season, but we are delighted to replace him with someone of the quality of Ajaz.

“He is a high-class operator and proven match-winner who will give us variety and options in our attack and hopefully help our promotion push as we reach the back end of the season.”

Wallace may also look to recruit a replacement for Colin Ingram in September, who will be playing in the Caribbean Premier League. Marnus Labuschagne, who has also been used as an overseas player this season, will be unavailable on Australia duty.