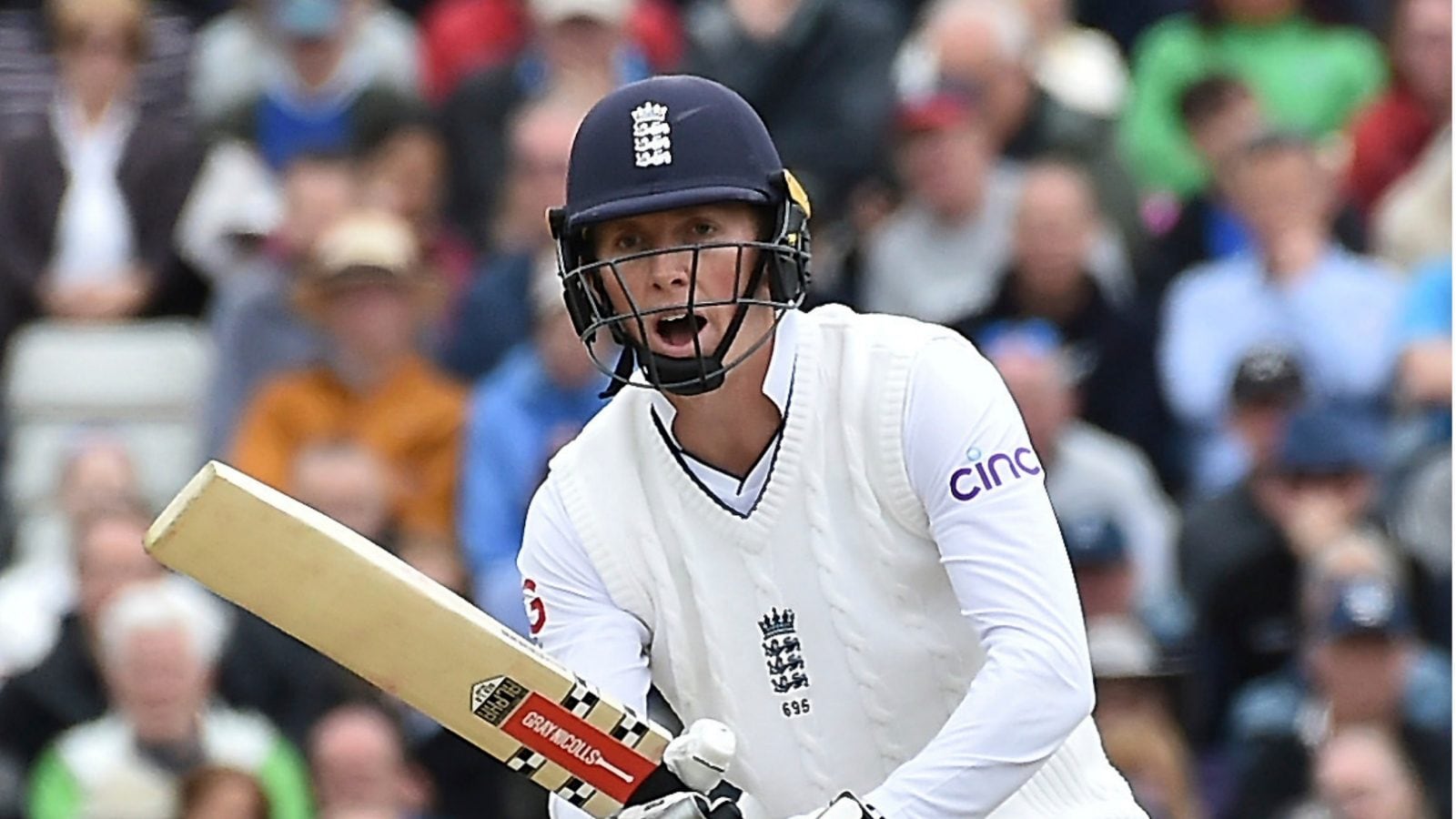 Former England captain Nasser Hussain is hoping that opener Zak Crawley, whom he referred to as a “gifted lad”, must make the most of his abilities after the youngster endured yet another failure in the first innings of the rescheduled fifth Test against India on Saturday.

After lunch, Crawley went for a loose drive on a full-length ball pitched outside the off-stump from India skipper Jasprit Bumrah and was caught safely by Shubman Gill at third slip, falling for nine. Crawley falling cheaply extended his lean run from England’s 3-0 sweep of New Zealand, where he got scores of 43, 9, 4, 0, 6 and 25.

“You can’t go back to the 90s where England kept chopping and changing. People feel more comfortable if they have the backing and have been given a long run but your only currency runs and he keeps getting out the same way. I think he is a real test of the McCullum and Stokes brand of cricket,” said Hussain during the interruption caused by rain on Sky Sports broadcast in England.

“Crawley is in charge of his own career and you don’t want to be that gifted lad that played some lovely shots, you want to be the gifted lad that made the most of your ability. Bairstow, for example, has been positive in his last three innings but not reckless, while there is a difference between opening and batting at No 5 in England. You would hope there is a little more in this coaching regime, where they say ‘the percentages were against you today’,” added Hussain.

With Crawley’s lean run extending, former England skipper Michael Atherton agreed with Hussain’s views. “The captain and coach have to back their players but the question is for how long? Eventually, the currency runs. Crawley’s dismissal today was more about length than line.

“I would say the ball today was not necessarily a driveable length when the ball is moving, it is a defend or leave length. But England want players to take the game on. Stokes has made a clarion call to county cricketers saying they have to play this way to get into the team,” he said.

Cricket analytics company Cricviz pointed out that outside the off-stump channel is becoming a pocket of weakness for Crawley.

“This is the fourth time Zak Crawley has been caught in the channel outside off-stump this summer — he now averages just under 18 when facing deliveries in the off-stump channel as a Test opener,” read their tweet.

Asked if Crawley should rein in his attacking instincts as an opener, Atherton remarked, “This may be an old-fashioned view. But, in the times, when conditions are not in your favour, I think you have to find a way of getting through it, to then get to a point where conditions are in your favour. That is what Crawley is struggling to do.”

“If you think of his magnificent double hundred against Pakistan in 2020 – which I am not taking anything away from at all — it was made on a beautiful batting pitch. He played brilliantly and I don’t think you can play like that and not be a player but you are not always going to have beautiful batting pitches.”

India are currently in a position of ascendancy in the match as the rain stopped proceedings, with England at 31/2 in 6.3 overs, with Bumrah taking out the opening pair of Crawley and Alex Lees on either side of a long lunch break.