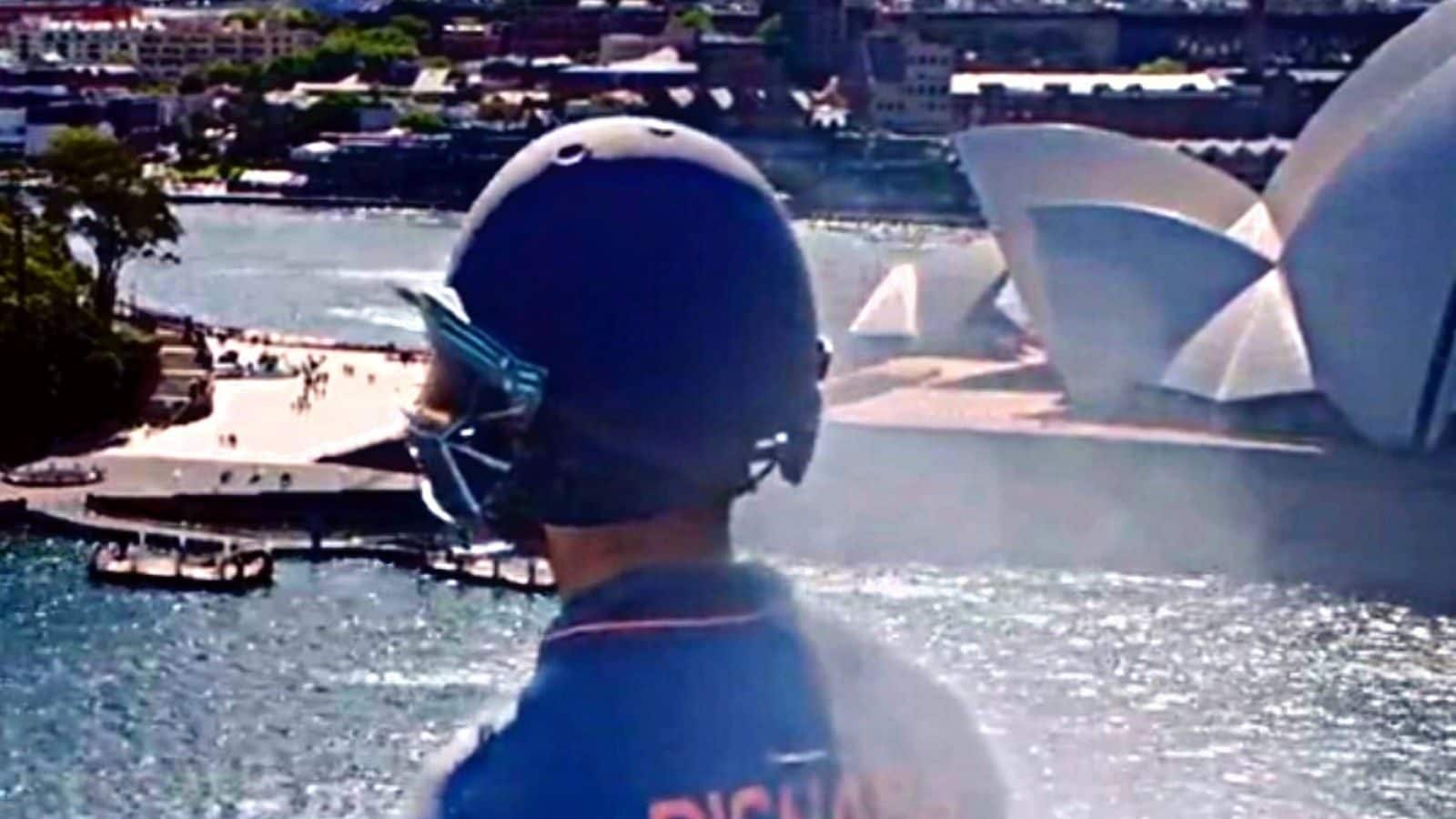 The T20 World Cup 2022 is three months away but the excitement is all over social media. The fans are eagerly waiting to witness the extravagant event in which the finest of the cricket teams will participate and fight for the title. The action moves to Australia and the defending champions won’t leave any stone unturned in making it a competition for others.

The preparations have begun and the official social media handles of ICC and T20 World Cup are getting flooded with promotional videos. The global cricketing body on Sunday shared a new video in which India wicketkeeper-batter Rishabh Pant could be seen in a colossal avatar. The video shows a giant Pant emerging out of the Sydney Harbour, dressed up in the blue Indian jersey, fully padded up, and taking a stroll across the city.

“Welcome to The Big Time, Rishabh Pant,” the caption of the video read.

Pant has a special fan following Down Under ever since he played a crucial role in India’s memorable Test win at the Gabba. Back in 2020-21, a depleted India side made a historic comeback after the Adelaide debacle, to win the Border-Gavaskar Trophy 2-1. In the absence of Virat Kohli and a number of senior players, the Ajinkya Rahane-led side did the unexpected. After losing in Adelaide by 8 wickets, India bounced back to win the Boxing Day Test in Melbourne, drew the game in Sydney, and ended the series with a 3-wicket win in Brisbane.

The series was a path-breaking moment in Pant’s career. Until then, he was believed to be an immature youngster who plays well but lacks the sense of taking responsibility. But the Test series win changed people’s perspective towards him.

His career saw a meteoric rise thereafter as he got to lead an IPL team, Delhi Capitals, and recently he got the opportunity to captain the Indian cricket team at home against South Africa.

Pant is currently touring England with the Team India that played the rescheduled 5th Test and is now engaged in a 3-match T20I series. Last week, he smashed a hundred off 89 balls in India’s first innings. But eventually, the visitors lost the game by 7 wickets.

On Saturday, he featured in the 2nd T20I against England and walked out to bat as an opener. Pant scored a quickfire 15-ball 26, including four boundaries and a maximum. India won the fac-off by 49 runs, taking an unassailable 2-0 lead.

Pant will return to action on Sunday in the third and final T20I in Nottingham.