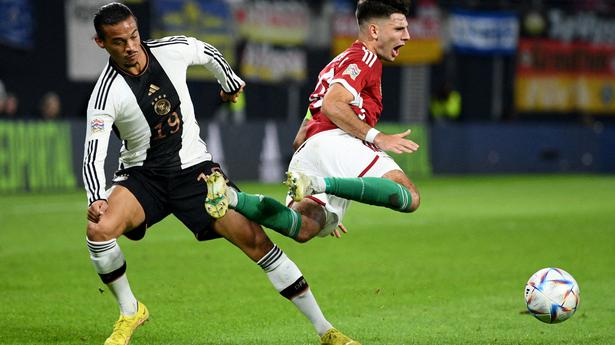 Germany’s shock 1-0 home defeat by Hungary in the Nations League on Friday was a timely wake-up call for the four-time world champions ahead of the World Cup in Qatar starting in November, coach Hansi Flick said.

Adam Szalai scored with a sensational back heel flick as Germany suffered its first loss since Flick took over last year.

The Germans can no longer finish top of League A-Group 3, sitting in third place behind Hungary and Italy with one game left.

More importantly, for the coach, it was a reminder that his players still need to improve in the two months leading up to the tournament.

“The team just got a wake-up call. It is better to be frustrated to lose today and not top the Nations League group … at this moment in time, it is better now than at the World Cup,” Flick said.

“It is also a personal motivation for everyone to give it all (against England) on Monday and put in the work in the next six weeks to add these few percentage points that we need to add. The defeat opened our eyes.

“The first half was very bad. We were not active and without any confidence. The second half was good but we had far too few chances to score.”

The Germans barely got a shot on target in the first half but improved after the break without, however, carving out many scoring opportunities.

It next plays bottom side England, already relegated following their 1-0 loss away to Italy, at Wembley on Monday.

Germany, desperate to make amends for their 2018 World Cup first round exit, has been drawn in Group E along with Spain Costa Rica and Japan in the tournament starting on Nov. 20.