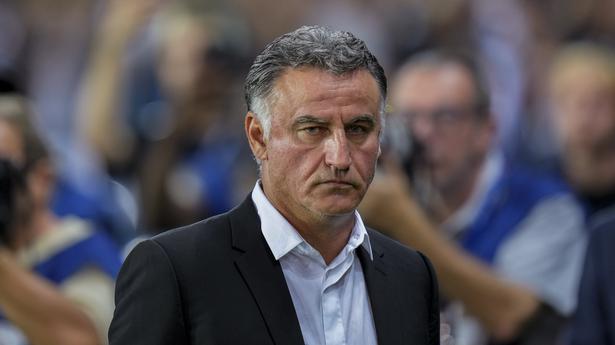 Paris St Germain coach Christophe Galtier praised his team for holding off Juventus in a tightly-contested second half as the French side kicked off its Champions League campaign with a 2-1 home win on Tuesday.

Galtier, making his debut with PSG in Europe’s premium club competition, believes the squad will improve from having had to fight tooth and nail when Juve, whom the Parisians had never beaten in eight previous encounters, pressed for an equaliser.

“We’ve had big moments in the first half and took a deserved two-goal lead and even if they had an opportunity I was very satisfied with the team’s performance,” Galtier told a news conference.

PSG were 2-0 up after 22 minutes after Kylian Mbappe scored a double with a superb goal from Neymar’s brilliant flick over the top and a great finish after a quick combination with Achraf Hakimi.

Juve appeared on the brink of collapsing, but Mbappe failed to square the ball across to the unmarked Neymar early in the second half and the visitors reduced the arrears shortly afterwards.

“Mbappe played a great game and he is goal obsessed. Maybe he did not see Neymar, I don’t know,” Galtier said.

The momentum shifted but PSG hung on and also threatened to score a third.

“We had to work hard not to concede a second goal but that’s with this kind of game that we’re going to grow,” said Galtier.

“We could have avoided these two goals and against such a top team, it’s not easy to recover from such a start. We were upset at halftime,” he said.

“We were too timid in the opening half but were better in the second, with (Weston) McKennie bringing some pace and power after the break.”

“We suffered at the beginning because we sat back too much. Then we changed things in the second half,” the Frenchman said.

“I was angry because we were too passive.”