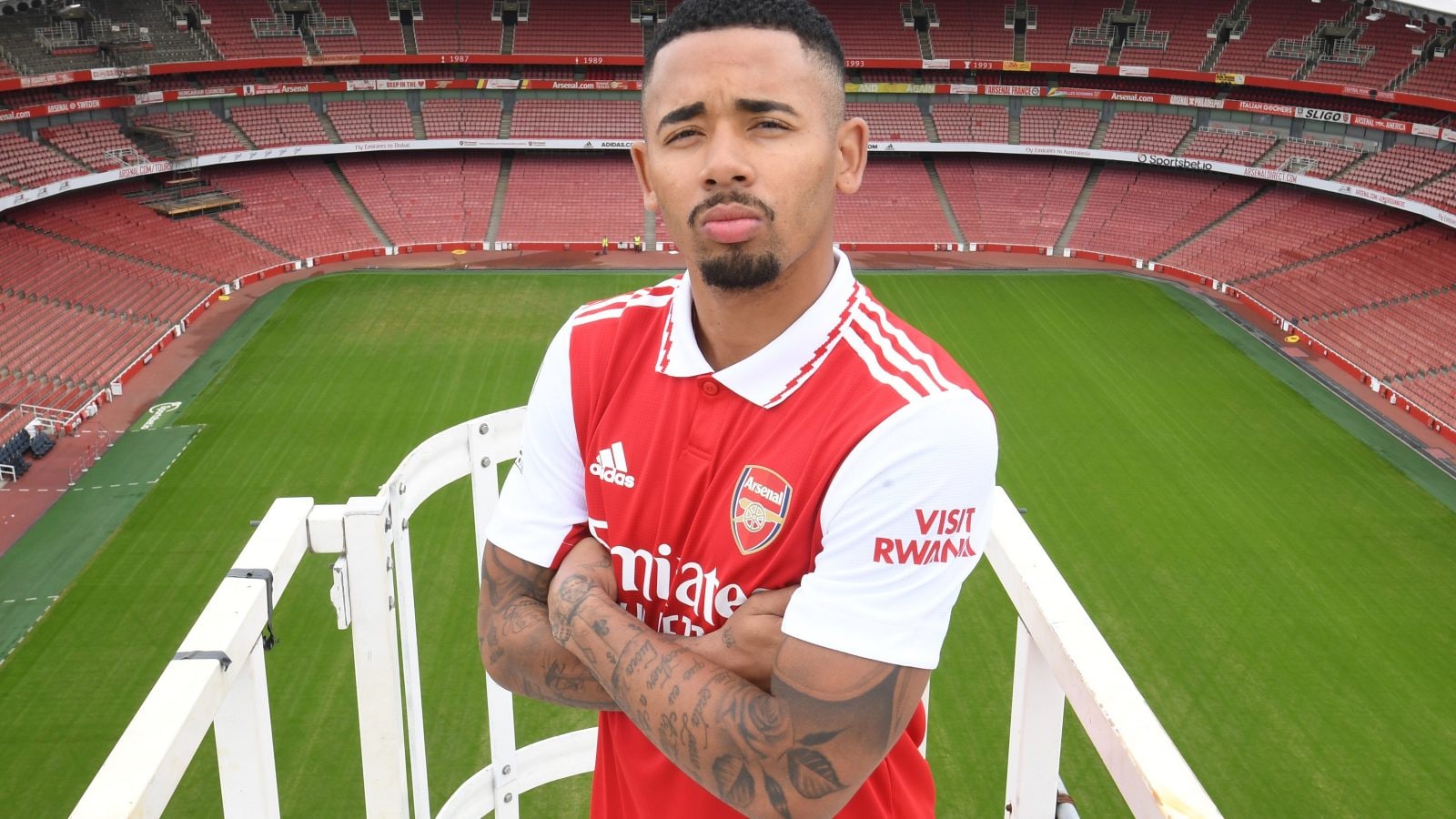 Gabriel Jesus has set his sights on emulating boyhood hero Thierry Henry after Arsenal signed the Manchester City striker for a fee of around £45 million ($54 million) on Monday. Jesus, who scored 95 goals in 236 appearances for City, has signed a “long-term contract” with Arsenal after deciding to leave the Premier League champions in search of more regular first-team action.

The Brazil international revealed he was a big Arsenal fan as a youngster, having been captivated by Henry during the France star’s successful spell in north London.

Now Jesus will follow in Henry’s footsteps as the main man in Arsenal’s attack.

“I followed Arsenal when I was young because of Henry,” Jesus said.

“Obviously I didn’t follow too many European teams, but when I saw some of the players that played here, I was like ‘Wow, this club is big’.

“I’m so happy to sign for this big club. Since day one when I knew I could come to play for Arsenal, I was happy.

“I know the staff, I know some players, the Brazilian ones. I know there are a lot of top players.”

Jesus was expected to fall down the pecking order at City had he stayed for the final year of his contract as the champions have bolstered their striking options with the signings of Erling Haaland and Julian Alvarez.

He is reunited with Arsenal manager Mikel Arteta, who was Pep Guardiola’s assistant at City before he took charge at the Emirates Stadium.

‘He helped me a lot’

“I’m very excited. The club has done a tremendous job to recruit a player of this stature,” Arteta said.

“I know Gabriel personally very well, and we all know him well from his time in the Premier League and being really successful here.

“This is a position that’s been on our radar for a long time now and we have managed to get a player that we all wanted, so I’m really happy.”

Admitting Arteta’s presence at the Emirates was influential in his decision to join the Gunners, Jesus said: “We spoke a couple of times about the club, the players, the project and the future.

“He helped me a lot. We would always stick together after the training sessions and do some finishing or something.

“He’s a very intelligent guy and was an amazing player, so if he knows something he can teach me or the young players.”

Arsenal have let senior strikers Pierre-Emerick Aubameyang and Alexandre Lacazette leave the club for free in the past six months.

Despite handing Eddie Nketiah a new five-year deal, Jesus is expected to lead the line for Arteta’s men as the Gunners aim to end a six-year absence from the Champions League.

The 25-year-old won four Premier League titles among eight major honours during his time with City after joining them in January 2017.