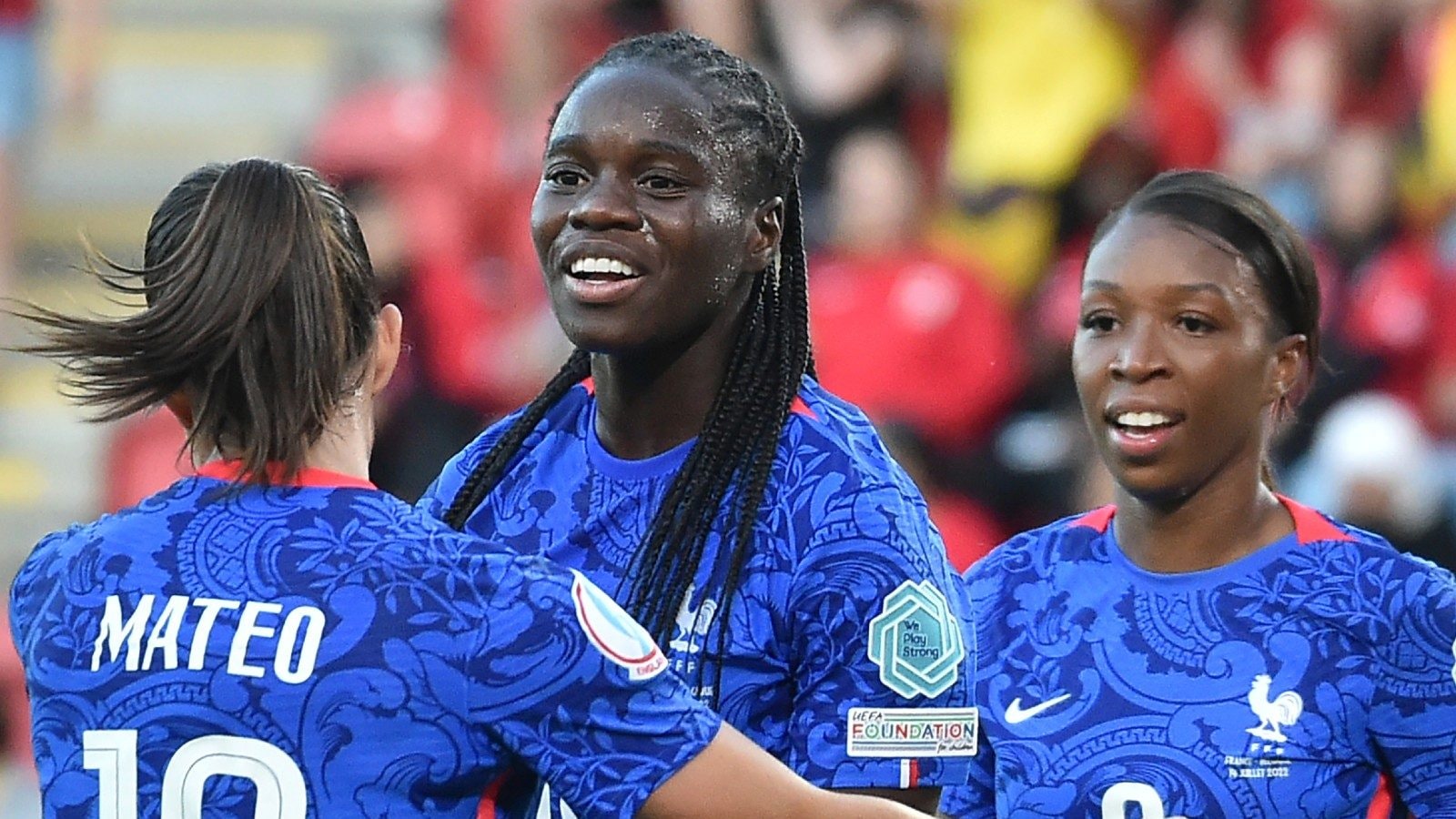 France secured their place in the quarter-finals of the Women’s Euros with a 2-1 win over Belgium in Group D on Friday in a game that helped break the record for the highest attended edition of the tournament in history.

Corinne Diacre’s France side, one of the tournament favourites, took the lead in the sixth minute when Kadidiatou Diani arrived at the far post to head in Sakina Karchaoui’s deep cross.

Les Bleus dominated but were wasteful in front of goal. They were punished in the 36th minute when Belgium captain Tessa Wullaert put through forward Janice Cayman who slid to get a toe on the ball and sent it past goalkeeper Pauline Peyraud-Magnin, the team’s first touch in the opposition box.

That shock equaliser did not deter France, however, as just minutes later another header, this time from defender Griedge Mbock Bathy, restored their lead before halftime on Bastille Day.

The French had more chances in the second half but lacked the clinical edge to increase the advantage over their opponents, who were watched by Belgium men’s team manager Roberto Martinez in the crowd.

They were given a soft penalty late on for handball by Belgium substitute Amber Tysiak when Grace Geyoro’s shot hit her arm, even though it was low and close to her side.

Tysiak was sent off for a second booking but France captain Wendie Renard had her spot-kick saved by Nicky Evrard and then missed the rebound.

It mattered little as France claimed their place in the last eight where they will face either the Netherlands or Sweden.

”We need to make the most of these joyful moments when they arise. It’s rare to get through a group with a game to spare,” Diacre said.

Belgium can still reach the knockout phase as they are third in the group, one point behind Iceland who earlier drew 1-1 with Italy to earn their second point.

”We did everything we could today to achieve a result,” Belgium coach Ives Serneels said. ”Everyone was at their top level. So it is a pity that we do not get a point out of it, we deserved it today.”

France, who have six points, will finish top but may have concerns over key forward Marie-Antoinette Katoto who went off injured early in the first half with what Diacre later said was a sprained knee.

Italy are bottom of the group with one point.