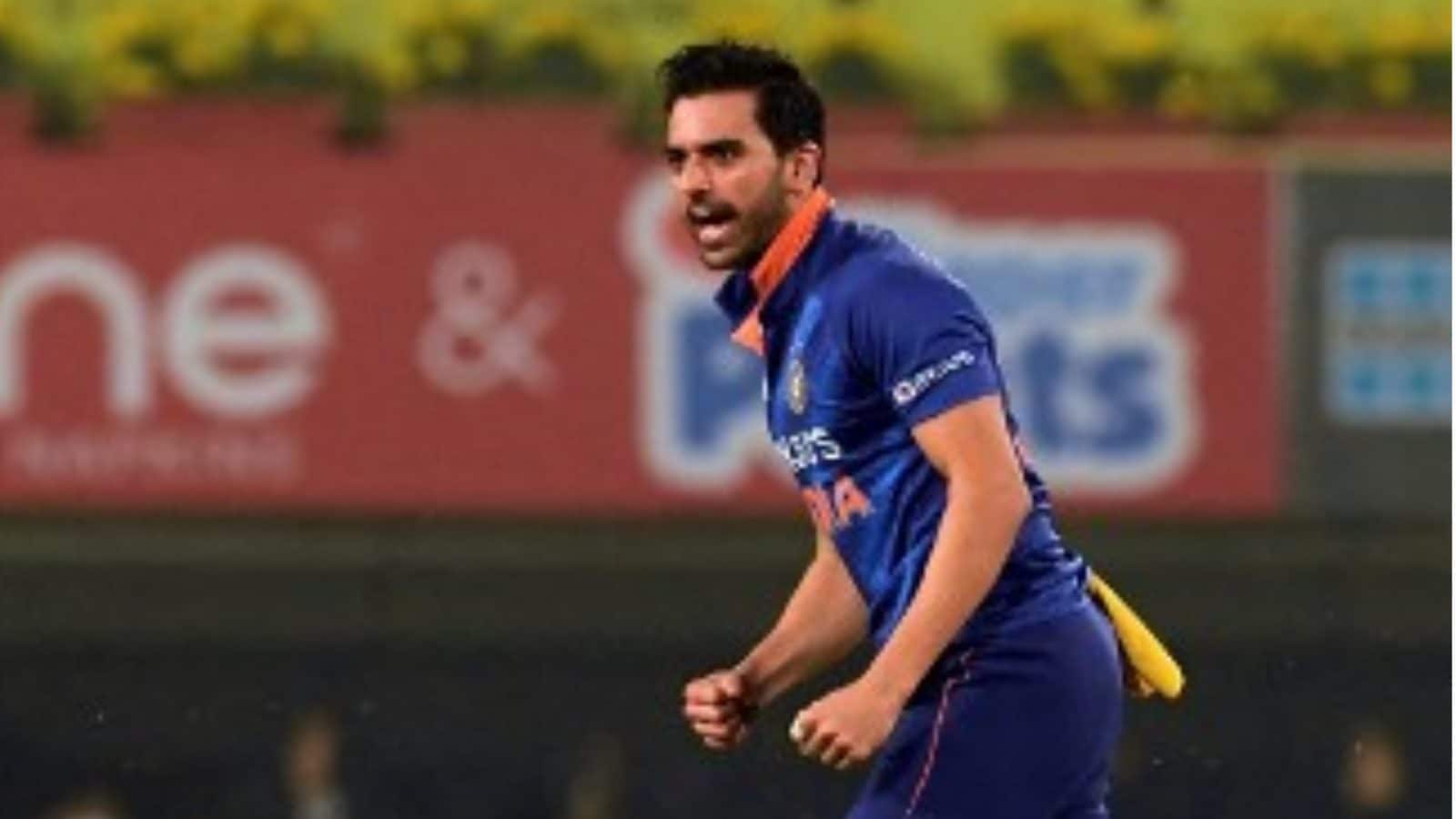 Team India pacer Deepak Chahar shared a video on Instagram where he was seen bowling in a cricket match. The 29-year-old said that he returned to cricket for bowling after almost five months. Chahar sustained a hamstring injury during West Indies T20I earlier this year. He was also ruled out of the 2022 season of Indian Premier League. CSK who paid a whopping INR 14 crore to sign him in the auction, missed his services throughout the season.

Chahar posted a video on Instagram where he was seen swinging the bowl both ways. He looked in a great rhythm.

“Bowled in a match after more than 5 months felt equally happy when I made my debut #return #soon #bleedblue,” Chahar captioned the video.

He spent time in NCA for the rehabilitation program, where he sustained a back injury which made the case even worse for him. After IPL 2022, he also missed the crucial South Africa series and England tour. However, he failed to find a place in India’s squad for the upcoming West Indies tour.

Recently, he was seen taking down a stroll at the sidelines of Chinnaswamy Stadium which is also hosting the Ranji Trophy final between Mumbai and Madhya Pradesh.

Earlier, in June, Chahar said it would take another four to five weeks for him to get match fit.

“It’s a step by step process as far as recovery is concerned. Once I am match fit, I will need to play some club level games to check my fitness,” Chahar told PTI.

While during the forced break from cricket, Chahar also got married to his fiancé Jaya Bhardwaj in Agra. Back in 2021, Chahar proposed to Jaya during an IPL match against Punjab Kings in Dubai last season.

Deepak took to his official Instagram account and shared a picture in which he could be seen putting the garland around Jaya’s neck.

“When I met you first time I felt that you are the one and I was right. We have enjoyed every moment of our life together and I promise you to keep you always happy like this. One of the best moment of my life. Everyone pls give your blessings to us,” Deepak’s post read.