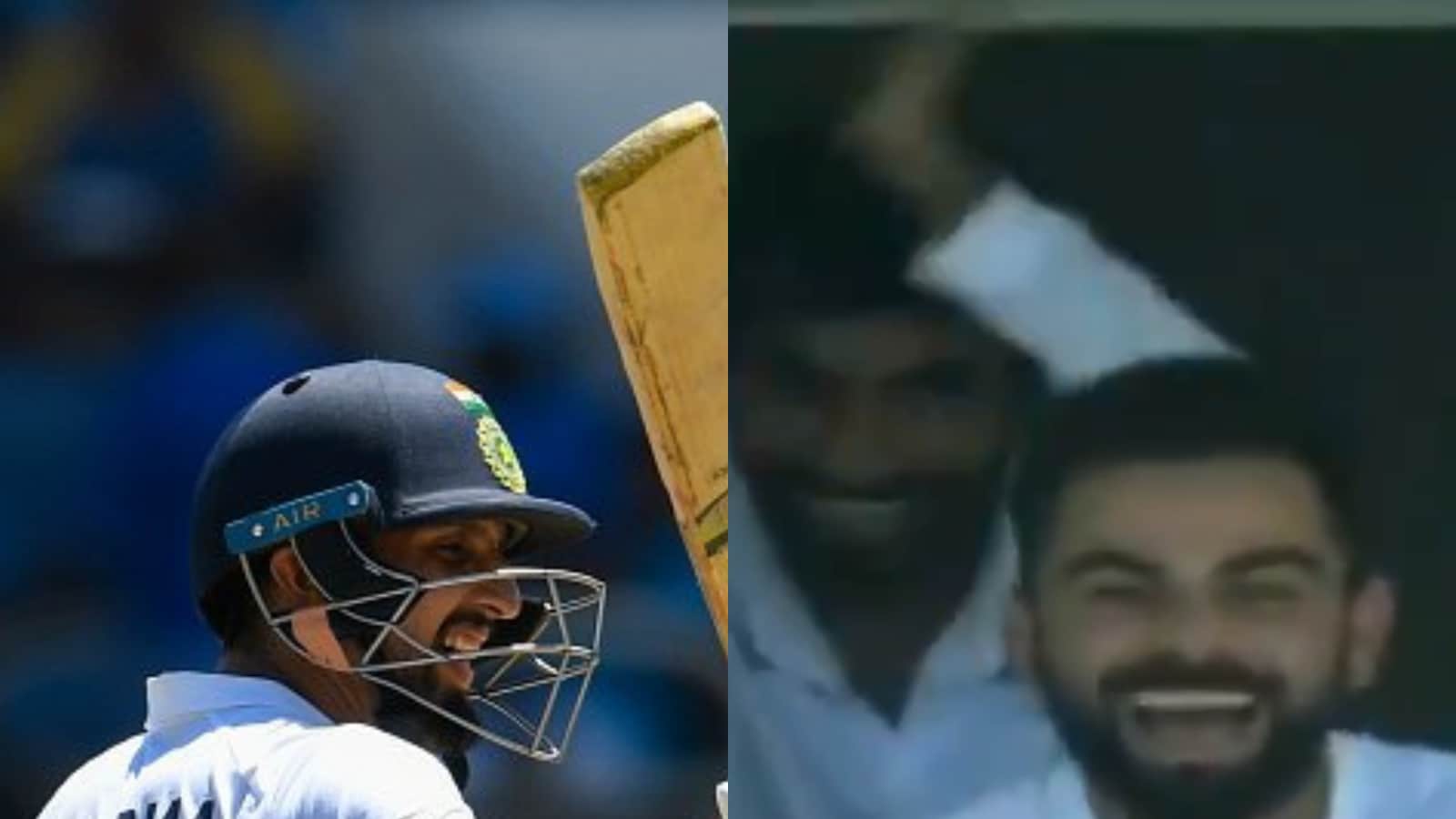 On day 2 of the second Test, India suffered an early collapse as Rahul and Pujara returned to the pavilion without making much of an effort. Half-centuries from Mayank Aggarwal and Virat Kohli weathered the storm and steadied the inning.

All-rounder Hanuma Vihari scored a sumptuous hundred to consolidate India’s position. While all of these knocks were expected, one that surprised everyone was India’s No. 9, Ishant scoring his maiden Test fifty.

Ishant smashed 57 runs off just 80 deliveries while playing some classic drives and pulls to register his highest-ever Test score. He shared the humorous conversation that transpired in the changing room between Pujara, Rahul, and the former skipper Virat Kohli.

ALSO READ: India Should be Able to Arrive in Australia as One of The Clear Favourites to Win T20 WC: Michael Vaughan

“”Virat is one of those who expresses himself a lot on the field. Like when I too scored a half-century, he couldn’t believe it. So, these things keep happening in our team. When I was batting, Pujara and KL Rahul said, ‘If he scores a 100, we might as well jump off a building in Jamaica,’ because they had gotten out quickly.” the 33-year-old said on ‘The Warm-Up Show’ hosted by renowned sports presenter, Jatin Sapru.

The 33-year-old has scored 785 runs in 105 Tests for India. He has come out as a night watchman on several occasions and has shown resilience on the batting crease. His successful lower-order alliances have helped India to come out of danger when all chances were stacked against them.

While batting isn’t his strongest suit, Ishant’s true strength is his lethal pace bowling. The veteran pacer hogged the limelight as an eighteen-year-old when he rattled the former Australia captain Ricky Ponting in his debut Test tour. He has since represented India in 105 Tests, 80 ODIs, and 14 T20Is and has bagged a total of 434 wickets across all three formats of the game.

In recent times, Ishant has certainly fallen down the pecking order of the Indian fast bowlers. With Jasprit Bumrah and Mohammed Shami leading the Indian pace attack and a prolific Mohammad Siraj being hailed as India’s next hot prospect, the aging pacer has spent most of his time on the bench for the majority of the season. He wasn’t even picked for India’s rescheduled Test against England that was played earlier this month.