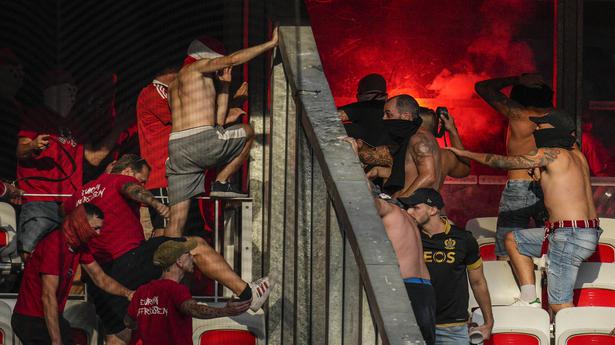 The kickoff of the Europa Conference League game between Nice and Cologne was delayed after crowd trouble erupted in the stands at the Allianz Riviera in southern France on Thursday.

Governing body UEFA said the match was “delayed due to crowd disturbance” after TV footage showed supporters of German team making their way towards the home fans and throwing flares.

Police intervened to end the trouble but the players had not started warming up shortly before the scheduled 18:45 local time (22:15 IST) kickoff.

“Unfortunately the start of the game is delayed due to violent clashes between… both fan groups in the stadium and the stands. We are looking into the background,” the German club said.

“We really want to play the game with you. We also want that game to take place. But we have to say that we do not like to see this,” he said.

“We worked damn hard last year and in the playoff. And we would very much like to do this with you and we ask you to keep calm and support us as much as possible.”