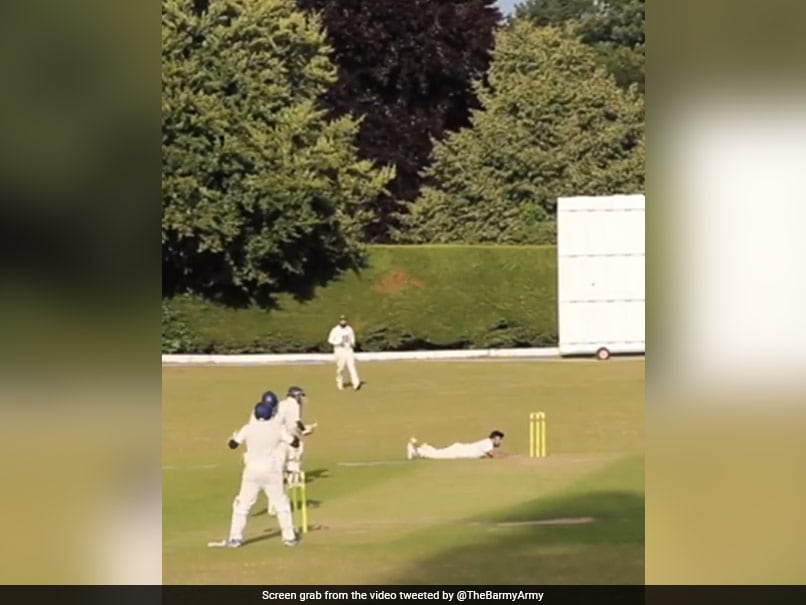 England cricket team’s fan group Barmy Army shared a funny cricket video on social media on Sunday. In the shared clip, a fast bowler could be seen taking his run-up to deliver the ball during a cricket match. The regular task didn’t turn out as expected as the bowler tumbled at the non-striker’s end after delivering the ball, eventually giving rise to a funny moment. While the delivery of the pacer went well off the target, he lost his balance and fell on the pitch only to see his body roll on the surface.

“This is very funny,” wrote Barmy Army while sharing the video on Twitter.

Barmy Army often stays in news for its social media posts. The fan group had earlier shared a hilarious cricket video of sloppy fielding. In the shared clip, a comedy of errors took place due to the fault of the wicketkeeper and bowler. Meanwhile, the funny incident saw the batters surviving close chances of getting dismissed. It all started with the batter on strike missing his shot. The wicketkeeper tried to run him out but he failed to hit the stumps and rather threw one of his gloves in air in the process.

Meanwhile, the batters tried to steal a run before the one on strike pulled out midway only to return back to his crease. The non-striker couldn’t make it in time towards his end but a sloppy effort from the bowler saw him survive the run-out dismissal. A big laughter broke out on the ground as soon as the entire thing ended.