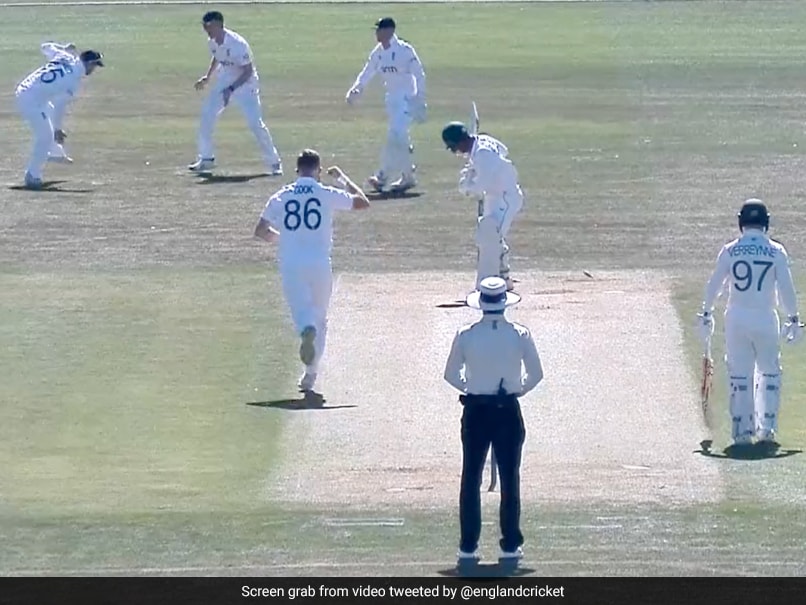 South Africa are currently playing a warm-up fixture against England Lions ahead of their three-match Test series against England which begins on August 17. In the four-day game, South Africa won the toss and opted to bat. Khaya Zondo, batting at No.7, impressed for South Africa, as he scored a valuable 86-run knock. However, it was a huge error in judgement that cost him his wicket. Early on Day 2 of the match, pacer Sam Cook angled the ball in and it pitched just outside off. Zondo looked to leave the ball, but it kept coming in with the angle and hit the off-stump.

Watch: Khaya Zondo gets bowled trying to leave the ball

Little Chef with the early breakthrough

Kyle Verreyne (62) and Marco Jansen (56) then provided impetus down the order to help South Africa post a total of 433.

Craig Overton, meanwhile, took a five-wicket haul and finished with figures of 5/74.

England Lions finished Day 2 on 279/3. Dan Lawrence came close to a century, but was dismissed on 97 by Duanne Olivier.

Harry Brook was unbeaten on 64.

South Africa and England will face off in three Tests, which will be crucial in the context of the World Test Championship table. South Africa are currently table-toppers, while England are 7th.

Before the Test series, the two teams faced off in three ODIs and as many T20Is.

The ODI series finished 1-1, with the final match washed out. South Africa won the T20I series 2-1.