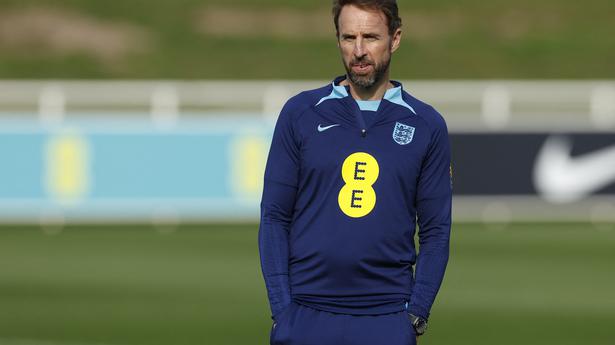 England manager Gareth Southgate believes Italy is just as strong as when it won the European Championship last year despite Roberto Mancini’s side missing out on qualification for this year’s World Cup in Qatar.

Italy beat England at Wembley Stadium on penalties to lift the European Championship trophy before the teams played out a 0-0 draw in the Nations League in June. They meet again in the reverse fixture in Milan on Friday.

“We already played against Italy, we know how formidable the players in the Italian national team are. It’s up to us to respond to the results of the last two meetings and improve,” Southgate told reporters on Thursday.

Asked if the home side were weaker, Southgate added: “No, I wouldn’t say that. We follow Serie A closely, I was in Italy two weeks ago to watch the (Milan) derby and then Udinese. We know the Serie A players.”

England, bottom of League A Group 3, is on the brink of relegation to League B after picking up two points from their first four games, including two shock defeats by Hungary.

Southgate said the team, who are preparing for the World Cup, had studied the results closely in the last few months.

“We analysed everything, every department. I think when you win … we were on a run before this summer of 22 games without losing and you maybe don’t analyse wins as intensely as you analyse losses,” he said.

England’s players have spoken about the human rights issues surrounding the World Cup in Qatar but Southgate said his squad could do no more than shine a light on the problems.

England captain Harry Kane and seven of his European counterparts will wear anti-discrimination armbands during the tournament in Qatar, where homosexuality is illegal.

The Gulf nation has also faced intense criticism from human rights groups over its treatment of migrant workers, who along with other foreigners comprise the bulk of the country’s population.

“In the end, we are asking for change in a country we are respectful of, (which) has made progress, but (we) don’t have any control over,” said Southgate.

The government of Qatar has said its labour system is a work in progress, but denied a 2021 Amnesty report that thousands of migrant workers were still being exploited.