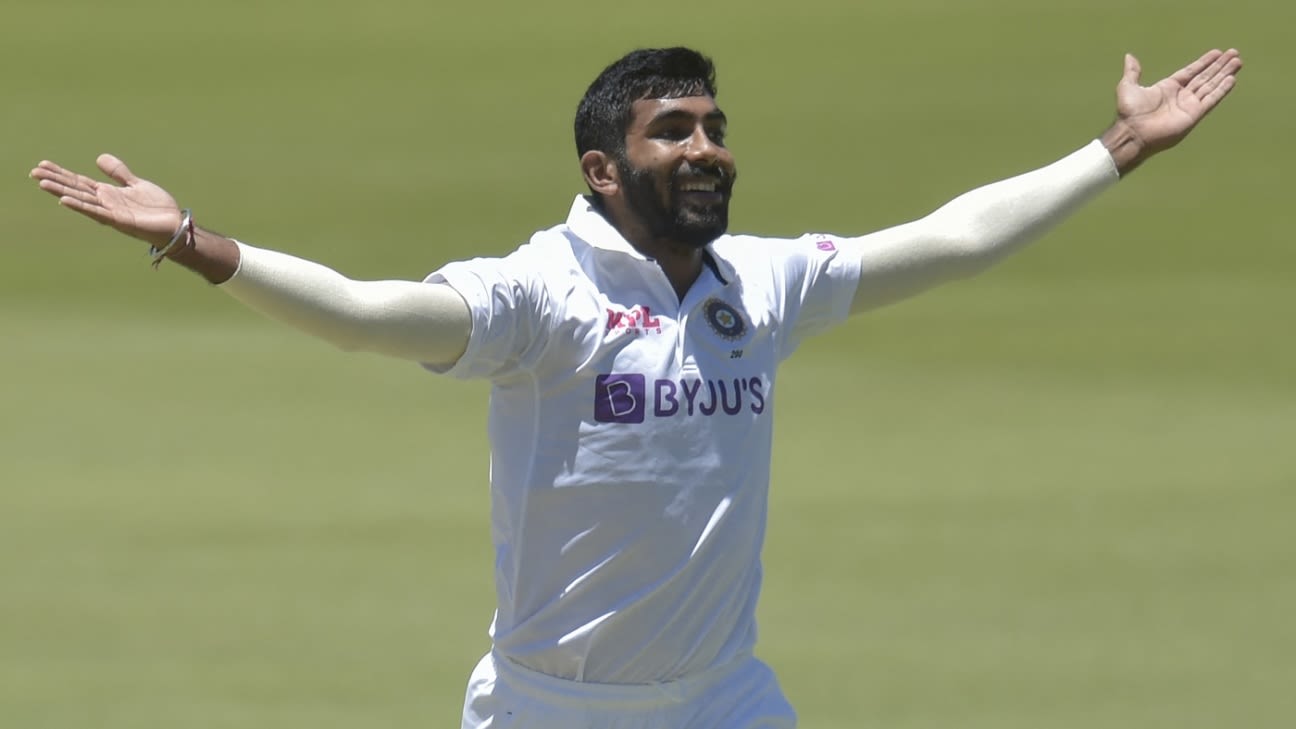 Jasprit Bumrah will lead India in the Edgbaston Test against England after Rohit Sharma failed to clear his Covid-19 test on Thursday. Rishabh Pant will be Bumrah’s vice-captain.
This will be Bumrah’s first match as captain at any level of representative cricket and he becomes the first fast bowler to lead India since Kapil Dev, whose last game as India captain was an ODI against England in Mumbai in November 1987.
Bumrah will be the second captain for India in the Pataudi Trophy, which India lead 2-1, after Virat Kohli who was in charge for the first four games, before the last Test was pushed back following a Covid-19 outbreak in the Indian camp.

At his first public appearance as captain at Egdbaston, Bumrah could not hide his excitement. “This is a big achievement, a big honour,” he said. “For me, playing a Test match was a dream and getting such an opportunity is probably one of the biggest achievements of my career. I am very happy that I have been given this opportunity.”

It was only on Thursday morning that Bumrah was informed by head coach Rahul Dravid that he would be leading India as Rohit had not cleared the Covid test. “We were waiting for an announcement because we were waiting for Rohit’s confirmation. We did a test today (Thursday) morning as well so he tested positive in that test. Then, there was a discussion with the coach [Dravid] and he announced that I will be leading the side.”

Bumrah, who is third on the ICC Test Bowlers rankings, said he immediately shared the news with his family. “When I came to know – it is a massive achievement and I told my family. They are really proud of me and I am very happy that this day has come. And yeah, very proud of this achievement but now focusing on the work that we have to do and prepare to the best of our ability.”

Bumrah has swiftly risen to become India’s bowling lynchpin, having made his Test debut, on the South Africa tour in December 2018. In the first four Tests of the Pataudi Trophy, Bumrah was India’s leading wicket-taker with 18 scalps at an average of 20.83. A year on, Bumrah has more experience and was also India’s vice-captain for their previous Test series, at home in March against Sri Lanka. Bumrah had said then that he wouldn’t shy away if the opportunity to lead India came his way.

Now that he is the captain, Bumrah is aware of the added responsibility. “Nothing changes for me, you have to do the job. You can hold the team by doing the job to the best of your abilities. That is what I am also looking to do. We’ve got a very good team, we have got a lot of experience, we have got a lot of people who are there to help me out as well. I am just looking forward to help the team in the best capacity I can and understand how the game is heading and try to contribute to the best of my ability.”

Rohit’s absence will hurt India in more ways than one. Other than his leadership, India also lose their most prolific batter of the series; his 368 runs were only behind Joe Root’s 564 in the overall tally. Rohit, who won the Player-of-the-Match award in the win in The Oval Test, scored his runs at an average of 52.57 with a century and two half-centuries. Alongside KL Rahul [315 runs] he provided India with a solid opening platform, not only adapting well to the seaming conditions but also scoring big.

Question marks over Rohit’s participation surfaced as soon as he tested positive for Covid-19 on the second day of India’s warm-up game in Leicester last week. After serving a five-day isolation, Rohit returned positive tests twice on Wednesday and again on Thursday morning, roughly 24 hours before the Test.

His absence means India will have two new openers for the final Test. One slot will be taken by Shubman Gill, who had returned to India after the WTC final last year due a shin injury. For the second, Dravid had said Cheteshwar Pujara, KS Bharat and Hanuma Vihari were all in the running. Bumrah said the team management was “pretty clear” about the batting order including the openers, but that the XI won’t be revealed until the toss.

“Rohit is a very important player and we sorely miss him. It is unfortunate that this has happened and he is missing out but we are clear on the combination. You will just have to wait till tomorrow.”