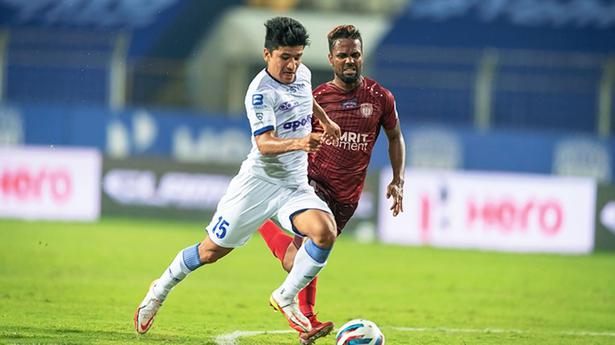 After making a slow start, Chennaiyin FC gathered pace and qualified for the quarterfinals of the Durand Cup.

The Thomas Brdaric-coached team will now aim to continue its good show when it faces Mumbai City FC in the quarterfinals at the Salt Lake Stadium in Kolkata on Sunday.

After a draw and a loss in their first two games, Chennaiyin made a strong comeback in the tournament. It beat I-League sides TRAU FC and NEROCA FC 4-1 and 2-0 respectively to finish second in Group C and qualify for the quarter-finals.

Spearheaded by captain Anirudh Thapa, Chennaiyin FC has scored nine goals so far and they look menacing every time they get the ball in the opposition box.

Former Indian Super League (ISL) champion Mumbai City will be no easy task even though it lost its last match against East Bengal.

🗣 “Chennaiyin will be a tough challenge for us, but one we’ll be ready for..” 💪

We sat down with Des Buckingham as he sheds light on the #DurandCup2022 campaign so far, facing Chennaiyin FC next and #TheIslanders‘ targets 🎙#MCFCCFC#MumbaiCity#AamchiCity 🔵 @DesBuckinghampic.twitter.com/zpJtnexF6L

Mumbai City has topped its group and qualified for the last-eight stage and its forward, Lallianzuala Chhante has been in brilliant form, leading the scoring charts with five goals in the tournament so far. Greg Stewart, the Golden Ball winner in ISL last season, will also be a danger lurking around the opposition box.

“We will try to defend well. Football is a game of mistakes and whichever team capitalises on these errors can take advantage,” CFC head coach Brdaric said in a pre-match press conference.

“We will try not to give our opponents too many opportunities tomorrow and allow them space and gaps to operate. At the same time, we will try to exploit our own opportunities. We should be prepared very well.”

For Chennaiyin, Thapa has been a crucial player. He has scored two goals and set up another three.

Speaking about his role in the side, Thapa said, “Nothing has changed much in my game. Just that, I am playing in a more advanced position which gives me the freedom to score goals and be more inside the box. Apart from that, I have been working hard. I am trying to give my best to help the team score more goals.”

“We are a new and young team. We needed some game time to get used to the new system and how each player plays. We have now got the competitive matches that we needed. Overall, we have been doing pretty well.

We have scored some good goals and the best thing is that different goalscorers scored the goals. The players are ready for the Mumbai City match and we are hoping for a good game. Everyone is excited to play the quarterfinals,” he added.

After playing all their group games in Imphal, Chennaiyin has shifted base to Kolkata for the knockout stages. Kick-off for the Chennaiyin FC vs Mumbai City FC is scheduled at 6 pm IST.