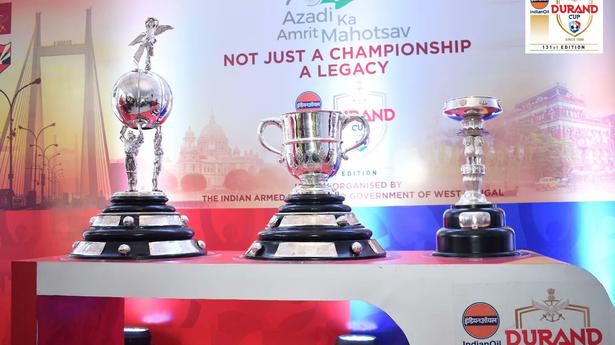 The Indian domestic football calendar will start with the 131st edition of The Durand Cup, which will start on August 16, 2022.

After rescheduling the Kolkata derby because of an unfortunate history related to both the clubs on that day. In a match in the Calcutta Football League on August 16, 1980, 16 football fans dies in a riot and stampede at the Eden Gardens.

FC Goa will open the tournament instead, against Mohammedan SC at the Vivekananda Yuba Bharati Krirangan in Kolkata.

Which is the oldest football tournament in Asia?

The Durand Cup is the oldest tournament is Asia and was started in 1888. Hence, holds all the more importance in Indian Football, with the tournament being the first among three (Durand Cup, Indian Super League, Super Cup) in an extended football calendar.

It is named after its founder Sir Henry Mortimer Durand, who served as the foreign secretary of British India from 1884 to 1894. It first began as a football tournament for different departments and regiments of Armed forces (of British India and native India).

The wait is finally over; the Nation is ready to behold the 131st edition of the magnanimous Durand Cup. Witness for the first time, a new history being created, on an unfathomable scale. Catch us live this year, with 20 football teams hustling together in 3 football-crazy venues pic.twitter.com/HA6TxTS2Cx

How many teams are playing in the Durand Cup now?

The 131st edition of the Durand Cup will feature 20 teams with all of them divided into four groups of five teams each.

All 11 Indian Super League clubs will be participating in this edition of the Durand Cup along with five teams from I-League and four teams from the Armed forces.

Indian Super League champion Hyderabad FC, which is in Group C, will start its campaign against TRAU FC on August 22 at the Khuman Lampak Stadium in Imphal.

Where is the Durand Cup happening?

West Bengal, Assam and Manipur will host the Durand Cup 2022, changing its single-location format to a multi-city format for the first time.

The Kolkata derby between ATK Mohun Bagan ad Emami East Bengal will be played on August 28 at the Salt Lake Stadium.

THE CHAMPIONS OF DURAND CUP’21- FC GOA 🥇
With an unbeaten run throughout the campaign, the Gaurs proved to be the most resilient side with a successful Heist to claim the Silverware🏆⚽#DurandCup2021 #Kolkata #football #aiff #cherrytree #FCG #ForcaGoa #RiseAgain #Uzzo #MDSPFCG pic.twitter.com/Qhz1Xa4EC1

Which team has won the Durand Cup most number of times?

East Bengal and Mohun Bagan are the join-most successful teams in the tournament, having won it 16 times each. Mohun Bagan won its last in 2000, while East Bengal won two more titles since, in 2002 and 2004.

The 2022 edition of the Durand Cup will be live telecast on Sports18 and can be watched/streamed online through the OTT apps Voot and JioTV.