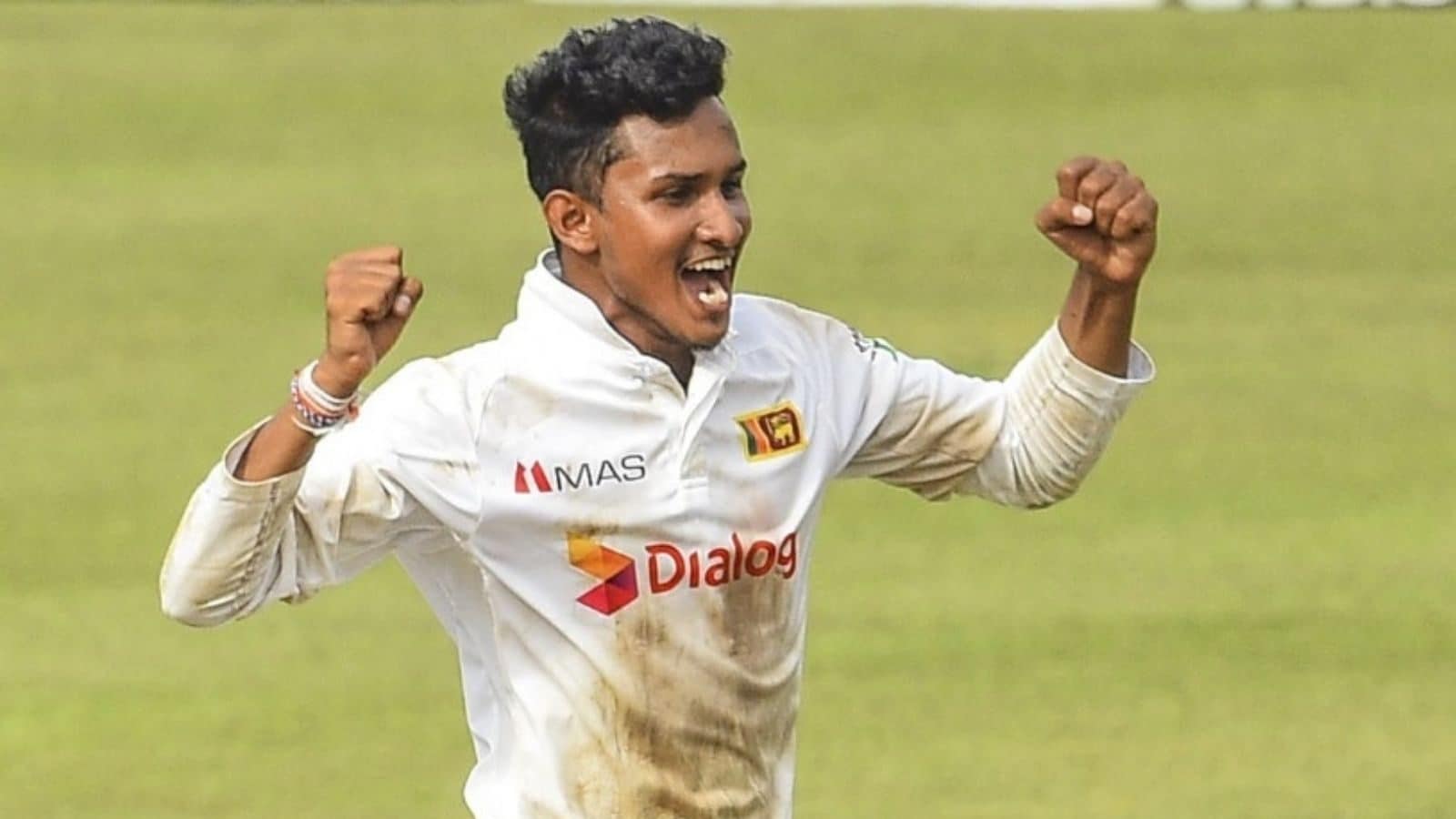 Ahead of the second Test between Sri Lanka and Australia at the Galle International Stadium from July 8, the home team has suffered a setback with backup left-arm spinner Praveen Jayawickrama being ruled out after testing positive for Covid-19.

This is the team’s second case in five days after Angelo Mathews had to be replaced during the series opener after also returning a positive test.

In a series of tweets on Tuesday, Sri Lanka Cricket (SLC) said, “Praveen Jayawickrama has tested positive for Covid-19. The player was found to be Covid positive when he was tested (Rapid Antigen Test) this morning, as he complained of feeling ‘Unwell’.”

Jayawickrama’s isolation means the hosts will have to make changes to their spin attack for the second and final Test after they lost the opening match by 10 wickets at the same venue. It could pave the way for Sri Lanka to field one of their youngest ever Test debutants — Dunith Wellalage.

Wellalage, the Under-19 World Cup skipper from earlier this year, could come into the Test side after he troubled the Australians during his maiden ODI campaign last month, according to cricket.com.au.

The 19-year-old was kept on standby for the first Test but has now been added to the squad along with two more uncapped spinners, Maheesh Theekshanna and Lakshitha Manasinghe.

“Team Updates: Maheesh Theekshana, Lakshitha Manasinghe, and Dunith Wellalage have been drafted into the Test squad. They joined the team yesterday (July 4). Lasith Embuldeniya was released from the squad,” said SLC.

Left-arm spinner Embuldeniya has been released following an unimpressive first-Test outing, where he emerged as the only spinner from either side not to take a wicket on a rank turner while also conceding nearly five runs per over.

Sri Lanka coach Chris Silverwood was quoted as saying, “He’s (Embuldeniya) finding it tough at the moment. He’s getting a lot of support in the dressing room because he’s a great lad. If you look at the data that gets thrown back, you’ve got Nathan Lyon (pitching the ball) between 4.5 and 4.4 metres (from the stumps) and Embuldeniya was a good foot-and-a-half fuller than that on the first day, which made life easier for the Australian batsman.

“We’ve got to work on him holding a consistent length. It’s not just him not holding a consistent length. As a group, we need to do that better. You look at the various pace the bowler’s bowl at as well. There are a few factors there, one of which is confidence. We’ve got to give him support and get him back to where we know he can be. He’s trying hard. It’s just not happening for him at the moment,” added Silverwood.