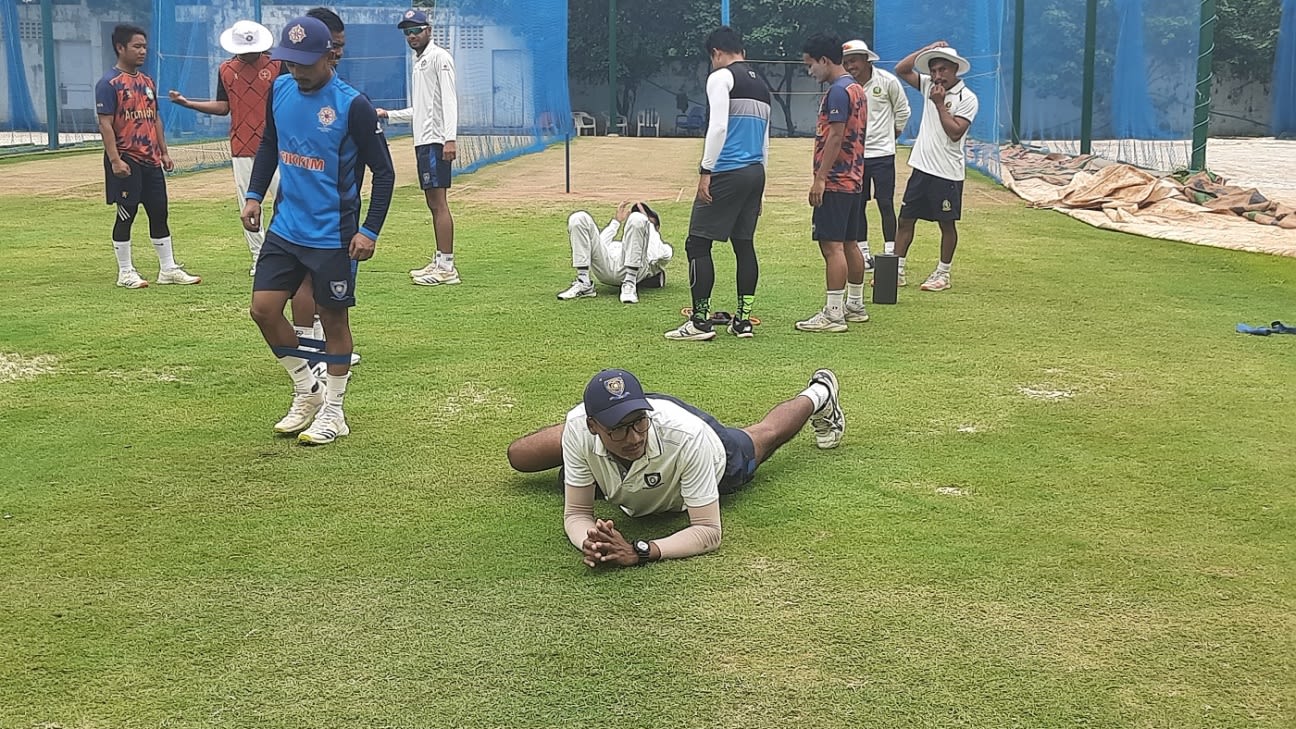 Hokaito Zhimomi, the North East Zone captain, is excited at the prospect of his team featuring in the Duleep Trophy for the first time, welcoming the opportunity to test themselves against India internationals like Ajinkay Rahane, Prithvi Shaw and Chetan Sakariya. North East kick off their Duleep Trophy campaign against the much-vaunted West Zone, in Chennai, on September 8.

“The discussion is we’ve come in with a very positive mindset for this tournament,” Hokaito said on match eve. “We have nothing to lose, and lots to gain. Playing against one of the best teams [West Zone], we will learn a lot and hopefully we will put up a good show.”

Hokaito name his Nagaland team-mate Khrievitso Kense and Manipur’s Rex Singh as players to watch out for from the North East Zone. Kense is an 18-year-old wristspinner who had impressed in the 20-overs Syed Mushtaq Ali tournament in 2020-21, which had earned him IPL trials at Mumbai Indians and Rajasthan Royals.
Rex, meanwhile, was in the domestic spotlight when he claimed all ten wickets in an innings in an Under-19 Cooch Behar Trophy match in 2018.
“To be honest, all the north-eastern states are doing well,” Hokaito said. “Ashish Thapa from Sikkim is good, Ankur Malik [also from Sikkim] is good, Krietvitso Kense from Nagaland, Dippu [Sangma] from Meghalaya and Rex, who was part of the [India] Under-19 team.

“Kense, I must say, we picked from Under-16 for Nagaland. He is working on his skills and there’s a long way to go. Right now, I can’t predict [his future] but right now he’s growing as a cricketer and getting the exposure.”

“The mindset back home used to be like study, do graduation and get into a government job – that’s it. But things are changing now… I hope we see good cricketers coming in from the north east, and knocking on the doors for the country.”

Hokaito Zhimomi, the North East Zone captain, feels parents in the region now see a future in cricket for their kids

Hokaito is among a select group of North East players who have had a taste of the IPL. He had been part of the extended Kolkata Knight Riders squad, in the inaugural season of the league back in 2008, having played his junior and club cricket for Dalhousie Athletic Club in Kolkata.

“It was a dream come true,” Hokaito recalled. “Back home in Nagaland, we don’t have a cricketing history. We used to see them [high-profile cricketers] on TV only. Being part of the KKR squad was a tremendous experience. I gained a lot being part of the team and players from Pakistan [and other big-name cricketers] were also there – Shoaib Akhtar, Chris Gayle, Ricky Ponting everyone was there. Dada [Sourav Ganguly] was the captain and you know it was a great experience for me.”

Hokaito believed that increasing opportunities – like appearing in the Duleep Trophy against the big boys – could encourage the next-gen north-east cricketers to pursue cricket as a professional career.

“In Nagaland, cricket is scaling up,” he said. “The mindset back home used to be like study, do graduation and get into a government job – that’s it. But things are changing now – the mindset, the money pouring in once you enter the professional level. Before, we used to call the kids, ‘Come, come for training’. Right now, it’s a very competitive sport and the parents are also pushing their kids [to play].

“There’s a future [in cricket], and they can see. I hope we see good cricketers coming in from the north east, and knocking on the doors for the country.”