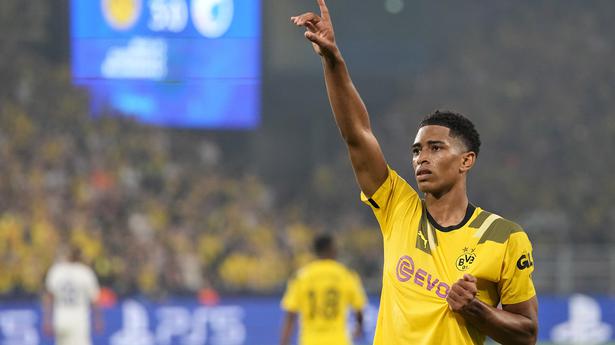 Borussia Dortmund cruised to a 3-0 victory over FC Copenhagen in its Champions League Group G opener on Tuesday with the Germans playing in front of a rare capacity 81,000 crowd for a European match.

Captain Marco Reus rifled in for the lead in the 35th minute before Raphael Guerreiro added another just before the break and Jude Bellingham made it 3-0 in the 83rd with the hosts powered on by the famed ‘Yellow Wall’ with 25,000 standing fans.

Governing body UEFA has allowed standings fans in some matches in Europe this season, boosting capacity for some teams.

It gradually took control and forward Anthony Modeste, who at 34 became the oldest Dortmund player to make his Champions League debut, fired over the bar after good work from Julian Brandt in the ninth minute.

Portugal international Guerreiro did it much better after a one-two with Giovanni Reyna three minutes before the break to make it 2-0 after Reus had scored the opener.

Dortmund keeper Alexander Meyer, stepping in for Kobel and making his debut for the club, stopped a good effort from Lukas Lerager at the start of the second half to protect their two-goal advantage.

The Danes quickly fell back again and Dortmund should have scored another well before Bellingham completed a quick transition in the 83rd.

Dortmund next week plays Manchester City, in action later on Tuesday against Sevilla in the other group match.