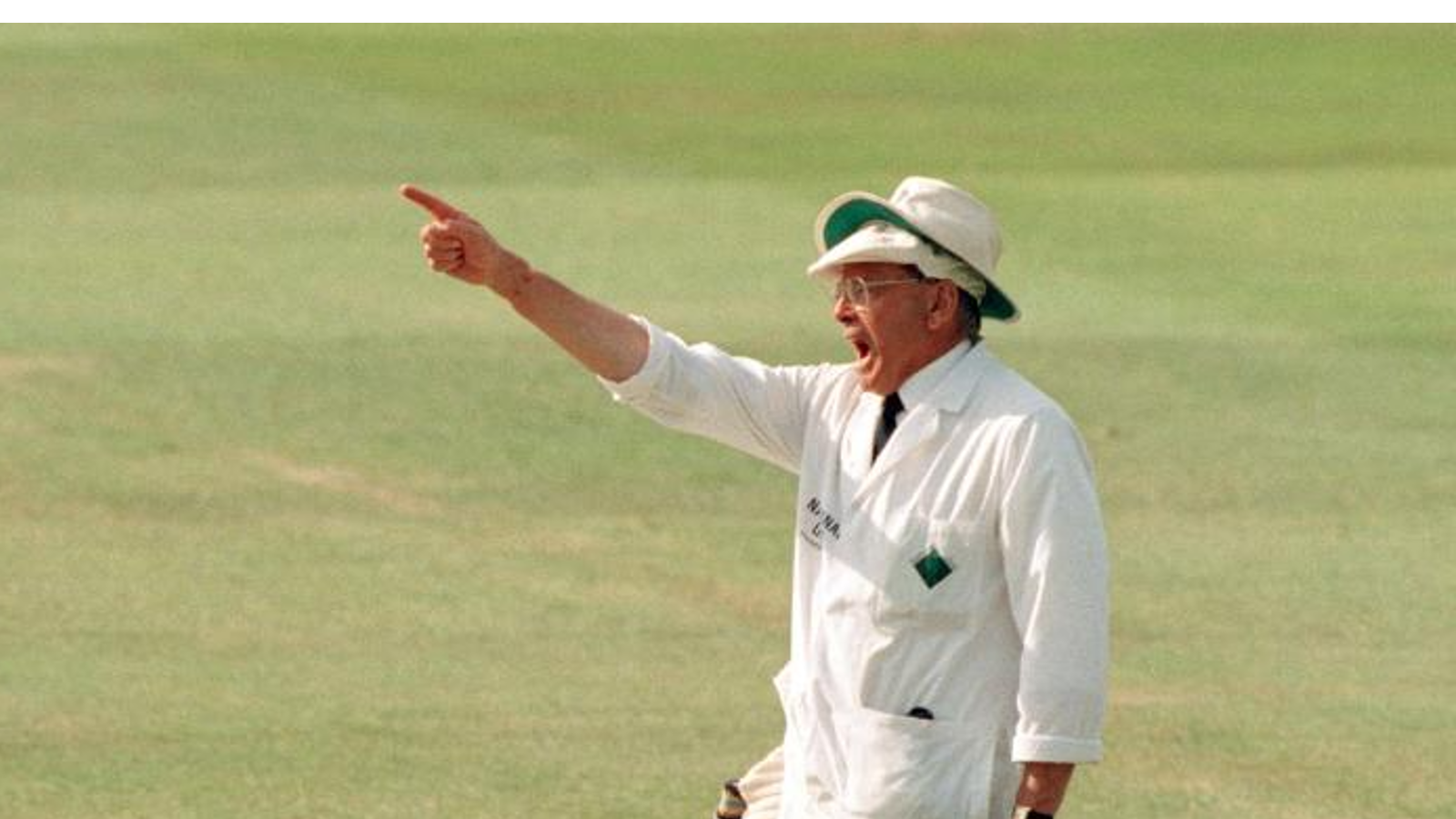 On this day 49 years ago, Dickie Bird made his umpiring debut in Leeds during the third and the last Test of the three-match series between England and New Zealand. Ray Illingworth-led England won the match by an innings and one run to take the series 2-0. However, more than England’s historic triumph, the match is remembered as Bird’s debut match in international cricket as an umpire.

After this match, Bird went on officiate in 66 Tests and 69 ODIs matches, including three World Cup finals, in his 23-year long career. Bird’s precise decision making in the crunch situation also earned him the title of a ‘superstar among umpires’ among the cricket fraternity.

Bird was the son of a coal miner and also played First-Class cricket with the County teams like — Leicestershire and Yorkshire. Bird had an average of 20.71 in the FC, however, many cricket experts have suggested that he was a better batsman than that.

He announced his retirement from cricket at the young age of 31 and later revealed that not being successful as a player is one of his deepest regrets. Bird’s short cricketing career was also filled with several injuries.

However, despite his unsuccessful career with the bat, Bird created a legacy for himself in the gentleman’s game with his umpiring. Bird’s autobiography sold more than one million copies. In the year 2019, a six-foot statue of Bird was unveiled in his honour near his birthplace in Barnsley.

Bird’s biggest strength as an umpire was that he was able to gain the respect of several volatile players with his witty humour. The Englishman had earned such respect from the players that then Aussie skipper Allan Border had once made a plea for Bird to stand in the Reliance Cup final between Australia and England in 1987.

In his last Test as an umpire in 1996, the players of both teams participating in the event – India and England – gave him the “guard of honour” as he walked to start the proceedings of the opening day of the match.