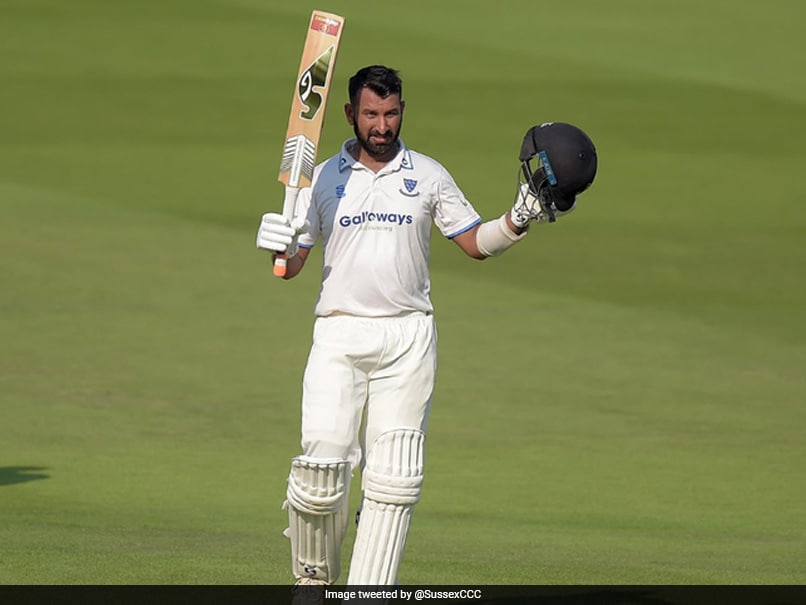 India’s Test star Cheteshwar Pujara carried on his red-hot form in the County Championship for Sussex as he brought up his fifth century of the season. Pujara, who was named Sussex’s interim captain in the absence of the injured Tom Haines, brought up his century in 144 deliveries against Middlesex and finished Day 1 of the match unbeaten on 115 to take his team to 328/4 at Stumps. Pujara now has five centuries in seven matches this season, including two double-tons and an unbeaten score of 170.

Pujara doing what he does best, scoring runs. @cheteshwar1 pic.twitter.com/NiKOkV6dct

Tom Alsop also scored a magnificent century for Sussex before falling for 135.

Pujara was up against compatriot Umesh Yadav, who joined Middlesex as a replacement for Shaheen Shah Afridi.

The India pacer could not, however, take a wicket, but was his team’s most economical bowler.

Pujara started his County season with scores of 6 and 201* against Derbyshire, and then hit 109 and 12 against Worcestershire.

He carried on his form against Durham, scoring 203.

He fell for 16 in the first innings against Middlesex after that, but came back strong in the second essay to register an unbeaten 170.

He then had two middling outings against Leicestershire, scoring 3 and 46 in the two matches respectively, before bouncing back with his century on Tuesday.

His stunning form in the County Championship saw him earn a national team recall, and he was picked to play for the rescheduled fifth Test against England.

Playing as an opener, he fell for 13 in the first innings, but scored a composed 66 in the second essay, even as India were defeated, with the series ending in a 2-2 draw.