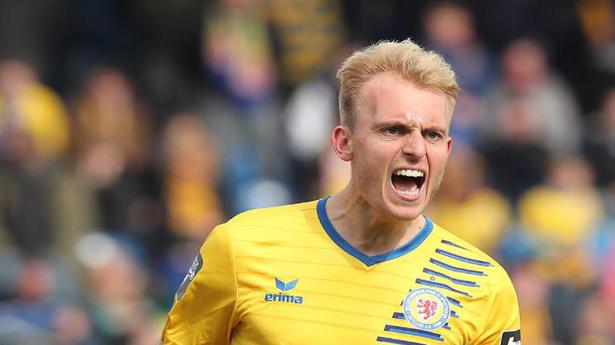 The 26-year-old is Chennaiyin’s second foreign recruit in the midfield since Rafael Crivellaro joined the club in 2019. Anirudh Thapa and Mohammed Rafique are the Indian midfielders Chennaiyin has in its rank..

“Our final foreign signing Julius will be a great fit in this youthful and fresh-looking team we have put together. His versatility will be a good asset for the team,” stated Chennaiyin FC co-owner Vita Dani in a release.

The left-footed player has 35 goals and 23 assists to his name from 210 career appearances for German clubs such as VfL Wolfsburg, Eintracht Braunschweig and SV Meppen since 2014.

“I’m just excited to finally be able to meet the team, the staff and our fans. Of course, I’m motivated to achieve the goals set by the club. I will work hard to create successful times for the club again. But first I want to get to know the team and get in shape,” said Duker.