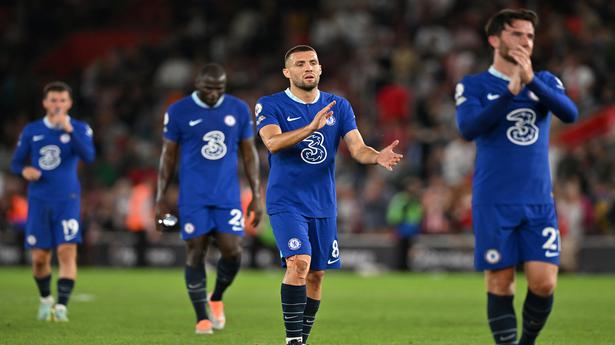 Welcome to Sportstar’s live blog of the Premier League match between Chelsea and West Ham United at the Stamford Bridge.

After spending around 2 billion pounds ($2.3 billion) on players across the 20 clubs, the Premier League has set itself up for another pulsating season of excitement, disappointment, protests, managerial sackings, failure and glory.

Yet there is barely time for the ink to dry on the new contracts signed on Thursday’s deadline day before the teams are back out on the field and the reality of just how much each club has truly strengthened becomes clear.

Chelsea, which plays West Ham United on Saturday, September 3, has made full use of the transfer window. It has signed players like Kalidou Koulibaly, Marc Cucurella, Wesley Fofana, Raheem Sterling and most recently, Pierre-Emerick Aubameyang.

It hosts West Ham United, which has itself made some signings like Gianluca Scamacca and club-record singing Lucas Paqueta from Lyon.

The Blues will look to recover from the 2-1 loss at Southampton last week. West Ham, meanwhile, played a 1-1 draw with Tottenham Hotspur in its last match.

(With inputs from Reuters)

When and Where to watch?

The Liverpool vs Everton Premier League match will be telecast live on the Star Sports Network and live streamed on Disney+Hotstar from 7:30 PM IST.