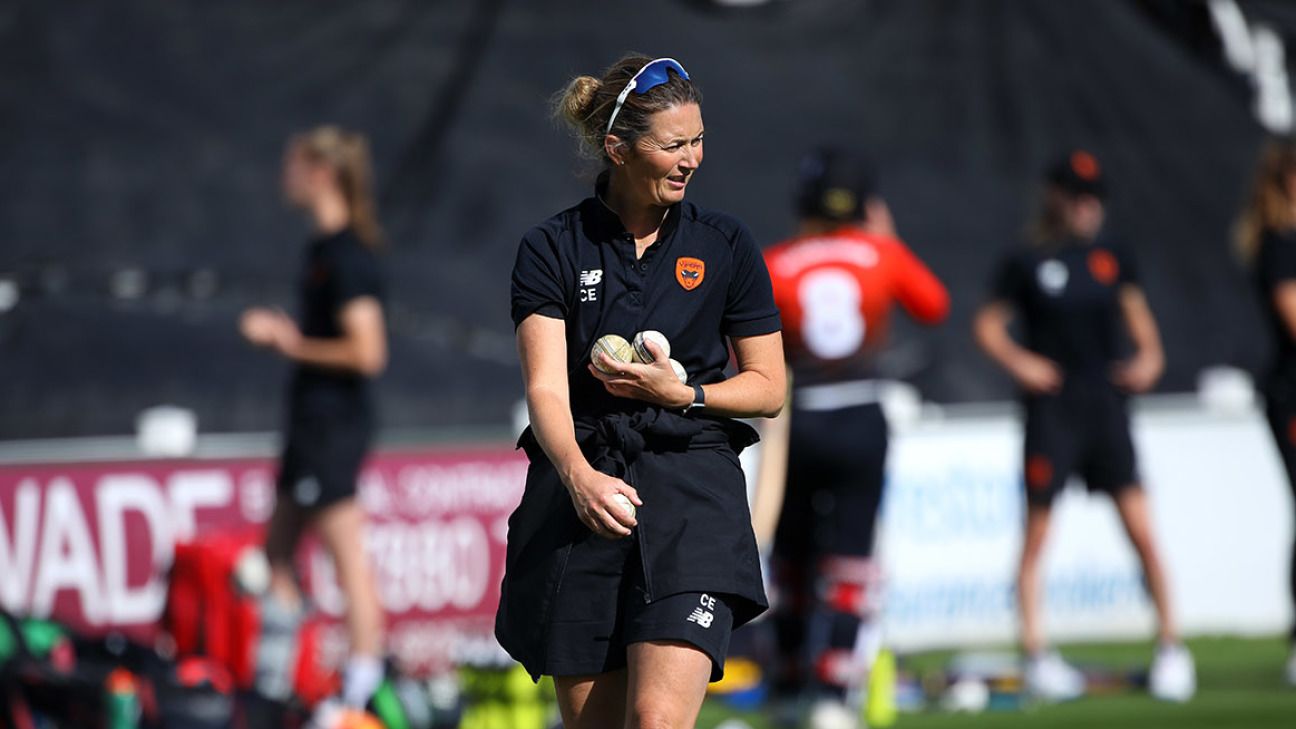 Charlotte Edwards has said she will need some “thinking time over the next few weeks” to weigh up whether she should apply for the vacancy of England women’s head coach.
Edwards, who captained England from 2006 to 2016, has developed her reputation as a coach since her professional retirement in 2017 and is widely considered to be the front-runner for the role after Lisa Keightley confirmed this week that she would step down when her contract expires at the end of this summer.
Edwards coached Southern Brave to the final of the inaugural Hundred last year while her Southern Vipers side have won the 50-over Rachael Heyhoe Flint Trophy twice and lifted the T20 trophy – named the Charlotte Edwards Cup in her honour – earlier this year. In May, she was appointed Sydney Sixers coach for the WBBL, and will be a leading candidate to coach a team in the Women’s IPL next year.

“My phone has been a bit red-hot this week,” Edwards told Sky Sports before her Brave side played London Spirit in their season-opener at the Ageas Bowl, “but I haven’t given it much thought.

“You know I’m ambitious, you know I love England, and at some point I do want to coach England. I’m not going to shy away from that.

“But at the moment, this [the Hundred] is my priority – and my work here at the Vipers, which I absolutely love. It’s going to have to be a big job to take me away from what I’m doing at the moment.