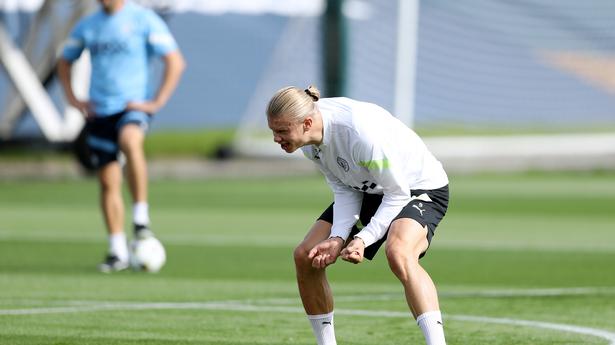 Pep Guardiola’s Manchester City will host Borussia Dortmund, with Erling Haaland going up against his former teammates being the major talking point.

The Norwegian has taken to English football with startling ease and has already scored eight goals in 12 appearances for the City side.

Both sides have begun their Champions League campaign positively. While the Cityzens put four unanswered goals past Sevilla, Borussia Dortmund won 3-0 at home to Copenhagen.

Dortmund though was put to sword by RB Leipzig in the weekend then as it lost 3-0 away.

The presence of Haaland, coupled with the fact that Guardiola has a well rested squad, means Edin Terzic and his men will have an uphill task in its hand at Etihad.

WHEN AND WHERE TO WATCH

When and where will the Champions League match between Manchester City and Borussia Dortmund be played?

The match between Manchester City and Borussia Dortmund is scheduled for 12:30 AM IST on Thursday, at the Santiago Bernabeu, Madrid.

Where can I watch and live stream the UEFA Champions League?

UEFA Champions League will be live telecast on the Sony Ten Network, on Ten 1, Ten 2 and Ten 1 HD and Ten 2 HD respectively.

The tournament can be live streamed on Sony LIV and JioTV.