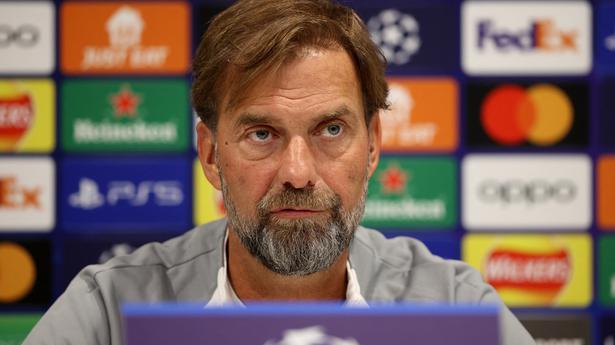 Liverpool has identified its shortcomings from the Champions League loss to Napoli and must find consistency in its performances again if it is to beat Ajax Amsterdam in its second group game, manager Juergen Klopp said on Monday.

Klopp said the 4-1 loss at Napoli last week was the “worst game we played since I was here”, adding that analysing the match was akin to watching a “horror film” with at least eight players playing below their level.

“We had a meeting, showed them the situations and I didn’t have to say a lot, the players know. We brought ourselves to this situation,” Klopp told reporters ahead of Tuesday’s game at Anfield.

“We had obvious football problems which were from misjudgments. Everyone wanted to sort it by themselves, there was no structure.

“We had four or five days now of absolute truth, not to knock the players down, just to make sure where we are now. This is the starting point for us to sort the problems together on the pitch, no pointing at each other.”

Liverpool, however, was dealt another injury blow with Klopp saying full-back Andy Robertson is out until after the international break this month while Curtis Jones is also unavailable.

Klopp also said he does not expect Naby Keita to go on international duty while Alex Oxlade-Chamberlain is no closer to a return.

“The expected return date is somewhere in October,” Klopp said. “With Ox it’s the same. That’s why the two boys are not in the Champions League squad.”

Ajax has won all its league games this season to sit top of the Eredivisie standings and Klopp praised Alfred Schreuder’s side for coping well despite losing several key players from last season in the transfer window.

“Ajax are in the Champions League and they belong there. Are they the strongest team in the competition? I haven’t seen the rest yet,” Klopp said.

“We have to show a reaction but that doesn’t guarantee a result against Ajax. They’ve won all their games this season, they’ve had a massive rebuild but they’re doing a really good job.

“We have not been consistent enough this season and we have to show that again. And that always starts with defending better.”