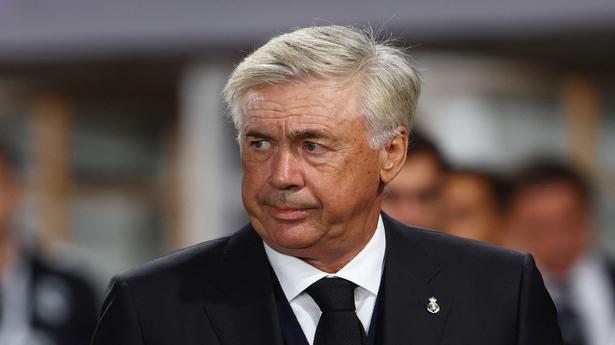 Carlo Ancelotti confirmed on Saturday that he will quit football management when he eventually leaves Real Madrid, ending one of the most glorious careers of football’s modern era.

Ancelotti had said in May that he would “probably” quit once he left Madrid, but he removed all doubt in an interview with Italian daily Il Messaggero.

“This time at Real will end my career, after Los Blancos I will quit,” said the 63-year-old. “Real are the very top of football. It makes sense to call it quits after my experience here.”

Ancelotti became the first ever coach to win all five of Europe’s top leagues when he claimed the Spanish title last season, and he capped a remarkable campaign by winning his second Champions League for the club.

That was the 14th time Madrid had crowned themselves European champions and was the latest in a string of honours the Italian has won in a long career as player and coach.

He won three Serie A titles with Roma and AC Milan in the 1980s, as well as back-to-back European Cups with Arrigo Sacchi’s Milan in 1989 and 1990.

He returned to Milan as coach in 2001 and in eight years at the San Siro won the 2004 league title and two Champions Leagues.

He also led Chelsea to a league and FA Cup double in 2010, setting a Premier League record of 103 goals scored in the process. He won Ligue 1 with Paris Saint-Germain in 2013 and the Bundesliga with Bayern Munich four years later.