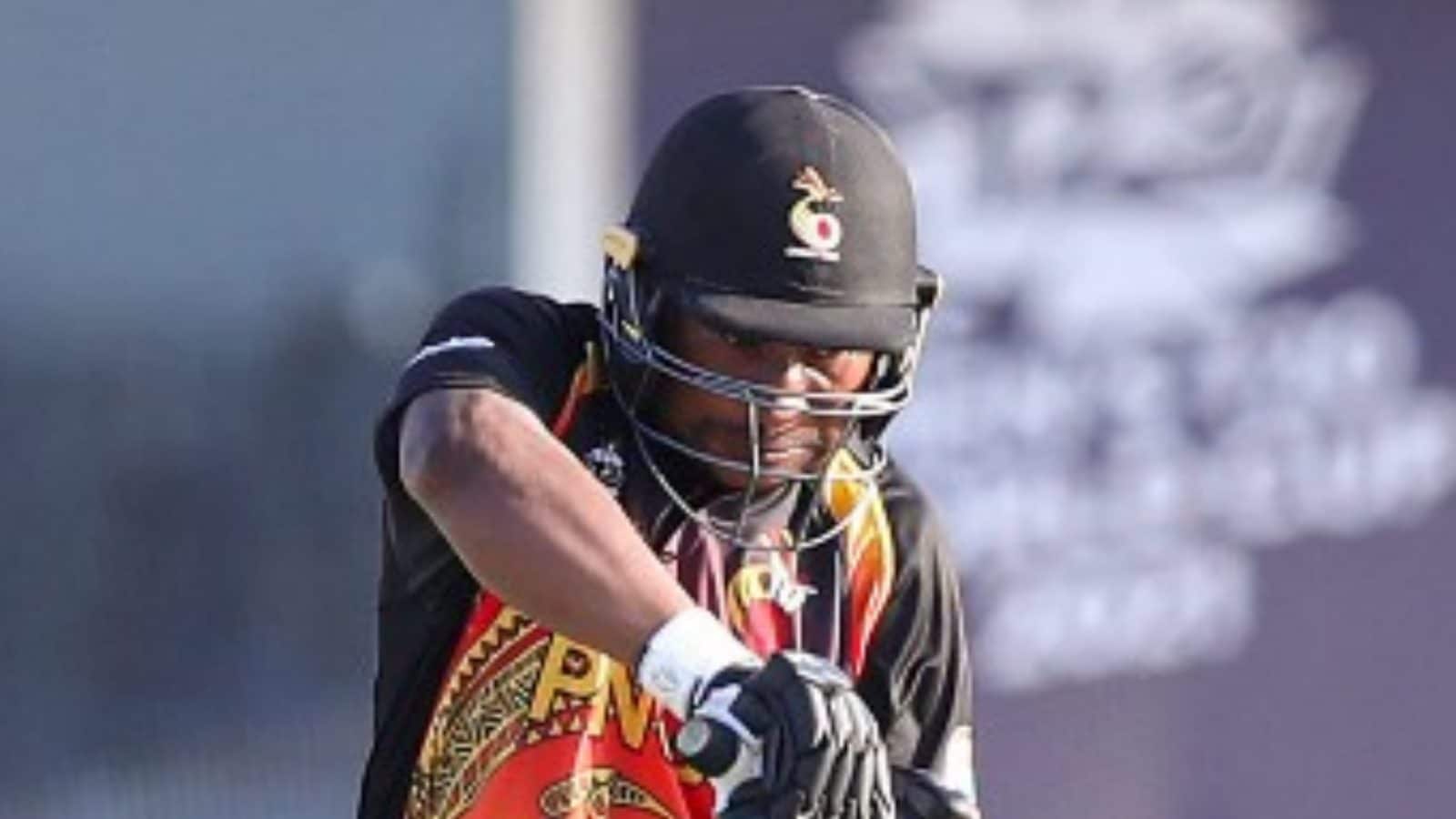 Papua New Guinea captain Assad Vala is determined to ensure his country’s maiden ICC Men’s T20 World Cup appearance last year does not represent a one-off as they look to seal their place in October’s mega event in Australia.

Vala’s side is preparing for ICC Men’s T20 World Cup Qualifier B, with two qualification spots up for grabs, and will begin by taking on the Netherlands, Hong Kong and Uganda in Group B later this month.

The PNG skipper remembers all too well the jubilation that followed his side’s success at this stage three years ago and believes they have the tools at their disposal to stage a repeat performance as they look to capitalise on growing cricketing interest back home.

“We know from experience how special it is to qualify for a World Cup. It was a dream come true. Having played for so many years and tried to get to a World Cup, to make it playing good cricket as we did was fantastic,” said Vala.

“We enjoyed the experience of playing in the big stadiums and we want to experience that atmosphere again. There was a lot of interest when the World Cup was on, not just in the cricket fraternity — everyone in Papua New Guinea was behind us.

“We know it will be tough — everyone is going out there with the same goal and from the first ball against the Netherlands, we have to be ready,” he added.

The Barramundis were beaten in all three of their Group B games in the UAE last October, letting a good position slip in the opener against Oman before going down against Scotland and Bangladesh.

Vala believes his side learned plenty from the experience. However, he is backing some new and returning players to make an impact in Zimbabwe.

“We are feeling pretty confident. We know we have to play our best cricket to qualify but if we do that, we’ll have a good chance. We played our first T20s since the World Cup in Nepal in April and we have just finished our domestic T20 competition,” he said.

“We have a young wicketkeeper, Hila Vare, who has been scoring runs in that competition, so he is going to make his debut in the coming games. Hopefully, he can carry that form into this tournament and produce the goods on the international stage,” he added.

Also heading to Zimbabwe in form is Tony Ura, the 32-year-old who came to the fore in Nepal. He peaked against Malaysia, blasting 10 sixes in his unbeaten 86 from 34 balls, and his captain hopes he can continue his momentum.

“Tony Ura has been exceptional over the last couple of months. He finished the Nepal series really strongly and has been in good form domestically. He’s been scoring consistently and striking the ball really well — he’s been difficult to bowl at in the nets. He’s a match-winner for us,” said the PNG skipper.

Seamer Damien Ravu returns having missed the trip to Nepal to bolster an attack who have had the guidance of former Australia international Chadd Sayers in recent months. Some familiar foes lie in wait in the group stage and Vala cannot wait to get going.

“We’ve played a lot against Hong Kong. I haven’t seen their squad yet but we have a really good rivalry with them,” said Vala.

“I always want to do my best for the country and for this group of boys — it would be a huge achievement to qualify. Hopefully, I can lead from the front and help us get to another World Cup,” he added.