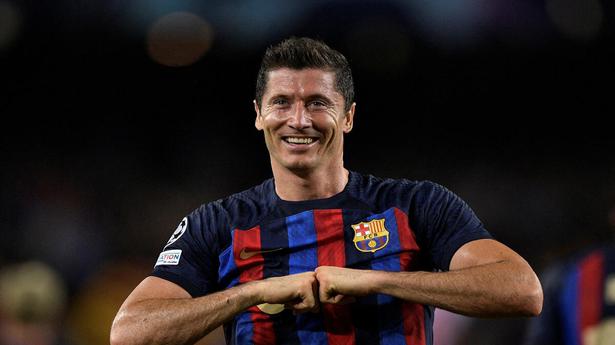 Barcelona’s impressive start to the season as it remains unbeaten in La Liga. Xavi’s Barcelona, fresh off an impressive 5-1 win against Victoria Plzen in the Champions League, will face bottom-placed Cadiz in the league on Saturday, September 10.

Three wins on the trot in the league, four if Champions League is included- under usual circumstances, it would not be an exaggeration to say that it should be a cakewalk for the Blaugranas against Cadiz but it is not that straightforward for Xavi’s men when they face Cadiz.

Barcelona has not beaten Cadiz in 16 years and has scored just two goals in its last four meetings against the club. On paper, it is crystal clear who the favourites are but as the stats suggest, Cadiz has indeed been Barca’s bogey team over the past seasons.

However, stats do not win matches, performances do. Barcelona will definitely look to obtain a strong result against Cadiz and keep the momentum going ahead of their mid-week Champions League clash against Bayern Munich.

Robert Lewandowski, who scored a hat-trick for Barca against Victoria Plzen is most likely to spearhead its attack but given how Xavi has made use of squad rotation, it won’t be an absolute surprise if the Polish striker is rested. It, however, remains unlikely.

Three points can propel Barcelona to the top with 13 points from five matches, at least momentarily, as defending champion Real Madrid does not play its match against Mallorca until Sunday, September 11.

Robert Lewandowksi and Ousmane Dembele may not play the full 90 minutes as Xavi would want the two in-form players fresh for the high-voltage Champions League clash against Bayern Munich on Wednesday, September 14.

New arrivals Hector Bellerin and Marcos Alonso might also get some minutes after missing out on the Plzen match.

When and where to watch the Cadiz vs Barcelona La Liga match?

When does the Cadiz vs Barcelona match start?

The match will kick-off at 10:00 PM IST at the Estadio Nuevo Mirandilla.

Where can you watch the Cadiz vs Barcelona match?

The Cadiz vs Barcelona match will be telecasted live on the Sports 18 -1 SD/HD channel. It will also be available for online streaming in Voot Select and Jio TV app.