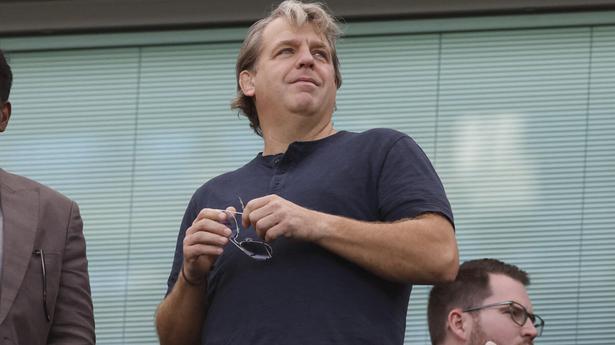 For someone with little experience in football, American businessman Todd Boehly sure has made some big calls in his first 100 days as the face of Chelsea’s new ownership.

His first major decision raised eyebrows: Chelsea announced early in the offseason, would not just be the club’s new chairman but also its interim sporting director in charge of recruitment.

There followed the kind of summer spending spree never seen before in English football, an outlay of nearly $300 million on new players. Uncapped French centre-back Wesley Fofana arrived for $80 million, Marc Cucurella — with one appearance for Spain — joined for $65 million, and Raheem Sterling was sold by Manchester City to Chelsea for nearly $60 million.

And then, this week, Boehly ruthlessly fires Thomas Tuchel — Chelsea’s Champions League-winning manager from last year — just one month and seven games into the season and replaces him with Graham Potter, reportedly paying around $25 million in compensation to Brighton to get his man.

Talk about making a whirlwind entrance to football To some, it’s like he’s playing a role in a fantasy sport, which is fitting given Boehly’s investment firm Eldridge lists him as a part-owner of DraftKings.

It’s a style that doesn’t sit well with some big personalities close to the English game.

Gary Neville, a TV pundit and former Manchester United and England defender, tweeted that Boehly was “wandering round like a kid in a sweet shop.”

Graeme Souness, the former Liverpool captain and manager, said he thought Boehly had the air of someone “who has looked at football and thought, ‘This is a business which is straightforward and simple — and because I’m so smart in so many other aspects of life, I can handle this.’”

“Try getting Sir Alex Ferguson out of retirement, send him to the LA Dodgers and ask him to put a valuation on baseball players playing at other clubs, with a view to building a team,” Souness wrote in a column in the British newspaper The Daily Mail. “He wouldn’t know where to begin.”

Boehly is a part-owner of the Dodgers after being in the consortium that bought the team from Frank McCourt for $2 billion in 2012. He isn’t the main owner, though — that would be Mark Walter, a former colleague of Boehly at Guggenheim Partners — and doesn’t have any day-to-day involvement in the inner workings of the Dodgers on the field or in the front office.

There hasn’t been a culture of hiring and firing at the Dodgers when it comes to team managers, with the current incumbent, Dave Roberts, being in his post since 2016 and having led the team to the World Series title in 2020.

Will it be different at Chelsea, where Boehly has ensured he has more of a hands-on role since the purchase of the club in May for 2.5 million pounds (then $3.2 billion)?

It remains to be seen, though Boehly — whose name and face typically pops up in Chelsea’s statements about signings or club matters — did decide to hand Potter a five-year contract and spoke about the new manager fitting the ownership’s “vision for the club.”

“We look forward to supporting him, his coaching team and the squad in realizing their full potential in the coming months and years,” Boehly said.

Potter represents a bit of a gamble, though. While he has been widely praised for his work at Brighton, the Englishman has never managed a title contender — or even a Champions League club.

Clearly, Boehly didn’t think Tuchel was the right man to lead Chelsea into a new era, with stories emerging in the aftermath of his firing about a breakdown in the relationship between the two.

Having removed senior personnel like Petr Cech (technical advisor), Bruce Buck (chairman) and Marina Granovskaia (director) seemingly to ensure the club was breaking free from the Roman Abramovich era, Boehly had precious little soccer knowledge in his close circle so asked Tuchel to help him with recruitment in the first months of his tenure.

“It is very time-consuming,” Tuchel said during the offseason about his recruitment meetings with Boehly. “It’s not my favourite thing to do and, in the long run, the focus has to be on coaching because it is why I am here. But at the moment, of course, my help is needed and wanted.”

Perhaps the writing was on the wall then.

Potter is unlikely to have such a burden placed on him, with Chelsea reportedly keen to hire a full-time sporting director in the coming months and ahead of the January transfer window, which surely won’t be as frenetic as the summer one.

So, a slew of expensive new recruits is in. A new manager has been installed. The arrival of a new sporting director is imminent.

Maybe Boehly will now slip into the shadows at Stamford Bridge.

Judging by his dramatic first 100 days in charge, that just might not be his style.