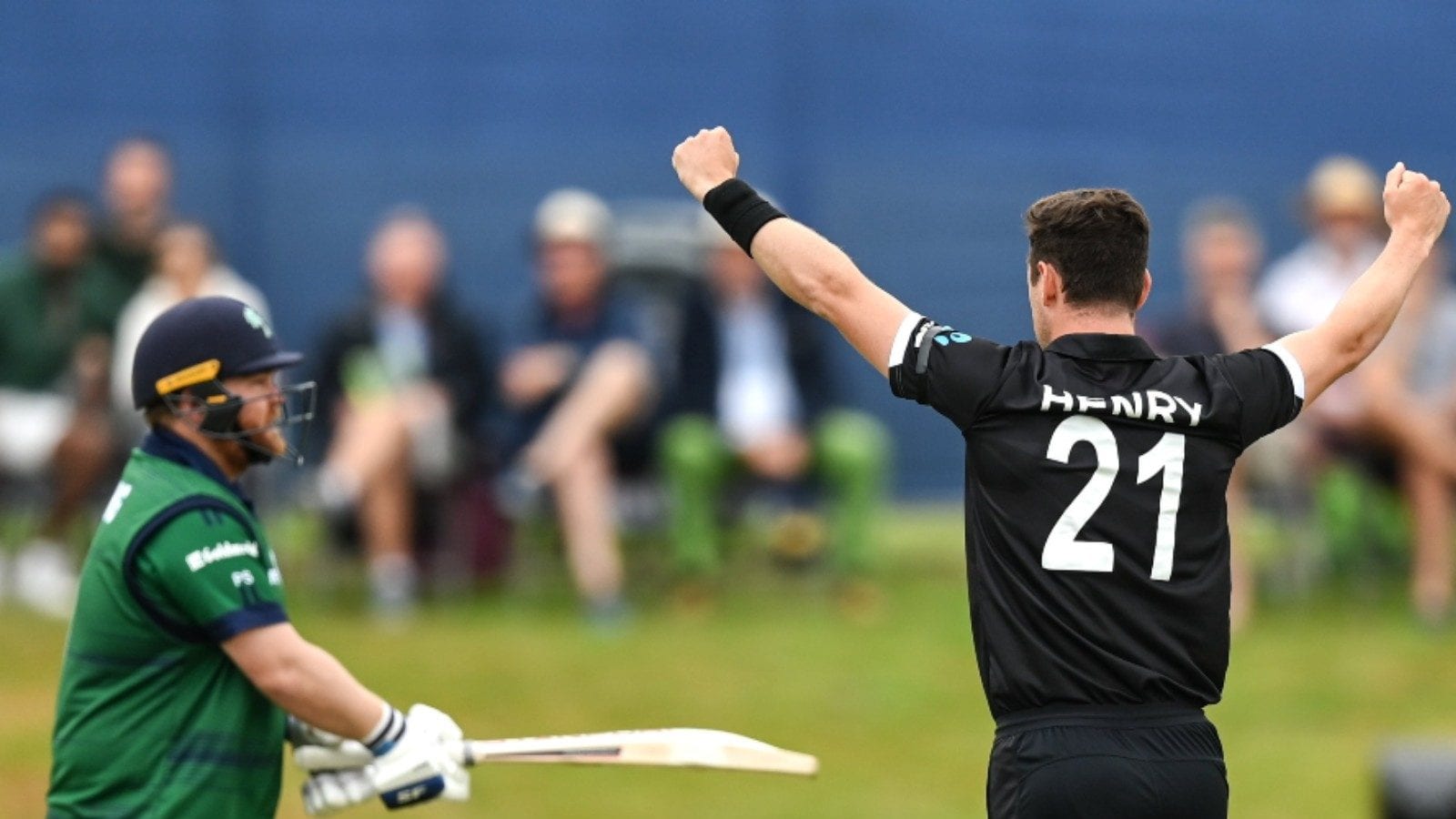 New Zealand’s bowlers dominated as they restricted Ireland to 216 all out in the second one-day international on Tuesday.

Matt Henry, Michael Bracewell and Mitchell Santner took two wickets each to keep the Black Caps on track to win the three-match series.

Having narrowly won the first match of the series by one wicket on Sunday, New Zealand established a stranglehold on a tricky pitch at Malahide despite George Dockrell’s career best ODI score of 74 from 61 balls.

Setting the tone with a wicket maiden that included the dismissal of Paul Stirling, Henry also removed Andy Balbirnie to leave Ireland 5-2.

Henry and Jacob Duffy, making his ODI debut, turned the screw on Ireland as the hosts managed to reach only 19-2 after the first powerplay.

Ireland needed 21 balls to get off the mark and 57 balls to hit a boundary through Andy McBrine. He scored 28 off 48 balls before Bracewell had him stumped, starting a tight spell of 10 overs for just 26 runs.

Santner, back from a bout of Covid-19, kept the pressure on for New Zealand with a tidy spell.

Reaching his third ODI fifty off 48 balls, Dockrell hit three fours and a six in the space of just six balls. Duffy ended Dockrell’s run-spree with his maiden ODI wicket before Mark Adair’s rapid 27 off 15 balls took Ireland past 200.

Michael Bracewell’s unbeaten century guided New Zealand to a dramatic one-wicket win, with just a ball to spare, in the first one-day international against Ireland at Malahide on Sunday.

New Zealand, chasing 301 to win, was facing the prospect of a first defeat by Ireland at 120-5 – when Bracewell came in. The Kiwis still needed 20 runs off the last over with only one wicket standing to beat the previous ODI best of 18 set by England against Australia in 1987.

The 31-year-old left-hander, appearing in just his fourth ODI, then found the legside boundary again before finishing the match in style by clearing the rope at long-on to be 127 not out from just 82 balls faced, including 10 fours and seven sixes.