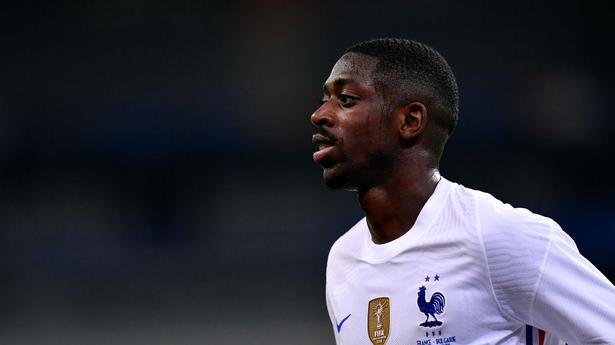 Olivier Giroud and Ousmane Dembele were both included in the final France squad before the World Cup on Thursday, as coach Didier Deschamps deals with the absence of a host of big names for a UEFA Nations League double header.

Karim Benzema is sidelined with a thigh injury suffered playing for Real Madrid, while Juventus midfielder Paul Pogba faces a race against time to be fit for the World Cup after undergoing knee surgery.

With Chelsea’s N’Golo Kante recovering from injury, Paris Saint-Germain defender Presnel Kimpembe sidelined, and Bayern Munich duo Kingsley Coman and Lucas Hernandez also ruled out, Deschamps has brought back some familiar faces and handed a first chance to others for France’s games against Austria and Denmark later this month.

Giroud, who will be 36 come the World Cup in Qatar, is rewarded for a fine start to the season at AC Milan with a recall, while Dembele comes into the squad for the first time since June last year, when he limped out of the European Championship.

There are first call-ups for the Eintracht Frankfurt striker Randal Kolo Muani as well as Monaco centre-back Benoit Badiashile and his club colleague Youssouf Fofana.

Kylian Mbappe, Antoine Griezmann and goalkeeper Hugo Lloris are among the six players in the squad who featured in the 2018 World Cup final win over Croatia.

While the matches serve as preparation for the World Cup, which starts on November 20, France are currently bottom of Nations League A, Group 1 so needs points from its final two games to avoid relegation to League B.

It won the last edition of the Nations League last year.