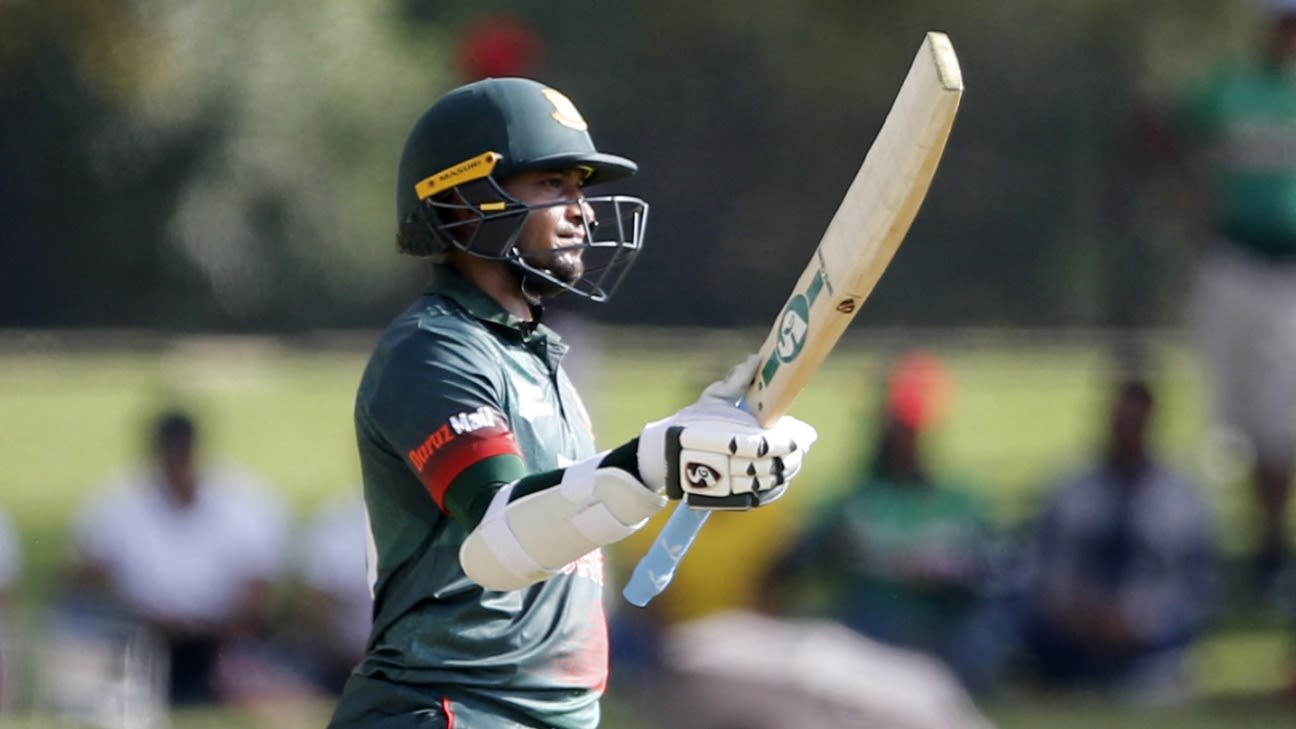 The BCB will investigate a recent social-media post from Shakib Al Hasan in which he announced his partnership with a company called “Betwinner News”. During a press conference following a board meeting on Thursday, BCB president Nazmul Hassan said that they will serve Shakib a notice for not informing them of the sponsorship deal.

The existing laws of Bangladesh place stringent prohibitions on any gatherings or establishments that facilitate gambling. Allowing gambling businesses to function is in contravention to the law, as well as the country’s constitution.

Shakib made the announcement on Twitter on Tuesday, shortly after Bangladesh lost the third T20I against Zimbabwe. Shakib initially deleted the tweet, but reposted it shortly afterwards.

“Shakib’s latest sponsorship was discussed during Thursday’s meeting,” Hassan said. “We have instructed to serve him a notice, to ask him what’s happening with this. The board will not allow it if it is related to betting. He definitely hasn’t asked us for permission. Bangladesh’s law doesn’t permit it. It is a serious issue. We cannot however just rely on a Facebook post (sic), so we have to investigate to find out about it.”

In an interview with the Dhaka-based Bengali newspaper Kaler Kantho, the BCB’s chief executive Nizamuddin Chowdhury also said that they will still seek clarification from Shakib.

“It is quite clear why these news portals are made,” he said. “We all very well know what these are. Shakib didn’t inform us about his deal. We heard about it today (Wednesday). We are looking at it legally, and want to settle the matter quickly.

“It is not a direct contract with a betting site, but it is related to the betting site. It is a news portal. But since betting is related to it, we have to check the legal side of it. The law of the land doesn’t allow betting, so we will do what is legally necessary.

“If he (Shakib) understands what it is, then it will be easy. If he doesn’t understand, it will be complicated. There’s a matter of our image being damaged. There are merits and demerits in everything. He probably didn’t think about the demerits.”