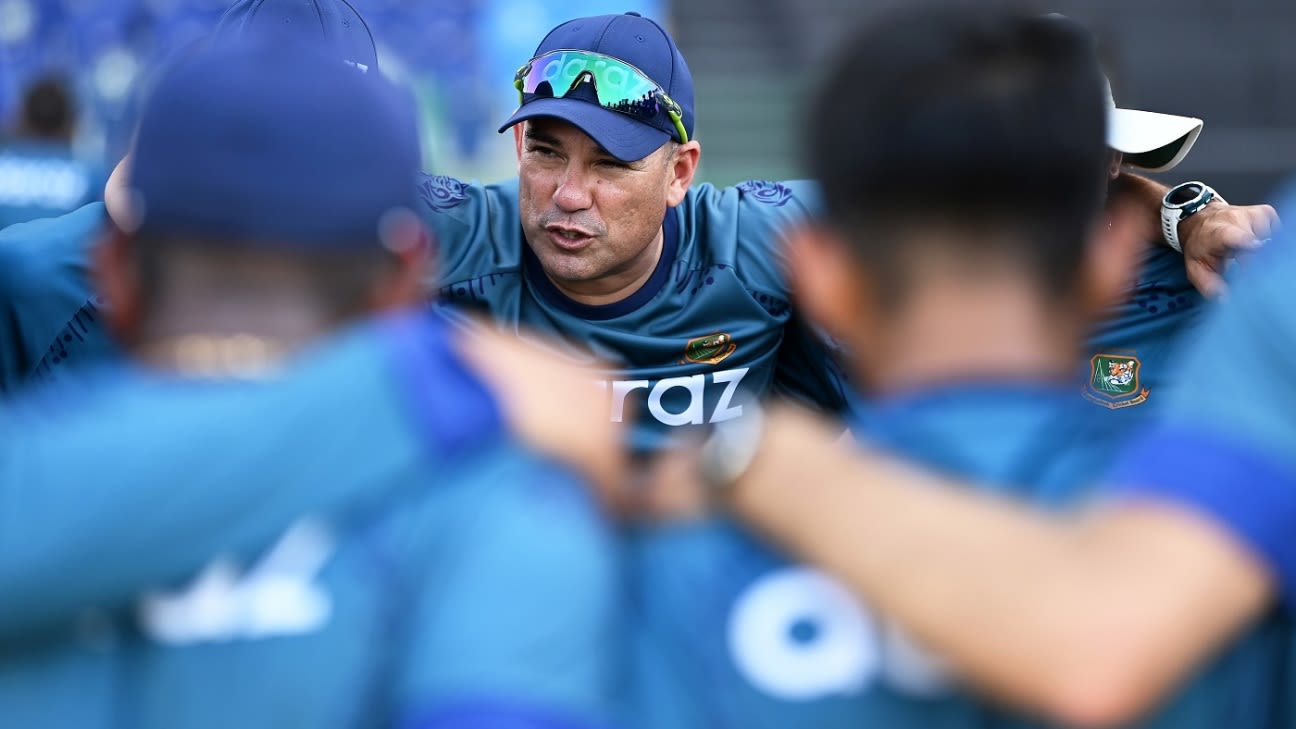 Jalal Yunus, BCB’s cricket operations chairman, has said that Bangladesh’s coaches have to do more to “transform” their players to be more attacking in limited-overs cricket.

Bangladesh are under fire for losing both the T20I and ODI series against Zimbabwe. Concerns over their performance in the 50-overs format isn’t grave – it is only their first loss in six series – but their 20-overs form has prompted some serious introspection.
“The support staff is very dedicated but maybe their way of coaching is different,” Yunus said. “Some coaches are aggressive, some coaches aren’t aggressive. You talk about Chandika Hathurusingha [who coached Bangladesh from 2014 to 2017]. He has the aggressive style we need. Our head coach [Russell Domingo] is a very knowledgeable coach, but he is not that aggressive. We want that aggression.

“We feel he can motivate players in the right way. Tell them have an aggressive attitude on the field. I think there lies the difference. We need someone who can transform us from playing slow cricket to playing attacking cricket, how it is played in T20s. Our coaches are professional and competent. But we have to discuss the aggression with them. We can’t just replace them on a whim. We have to know their plan.”

So, the BCB has summoned the coaching staff to Dhaka to discuss just that. “They are supposed to land on August 19, so we are likely to sit the next day,” Yunus said. “We need to have a comprehensive plan until the England [white-ball] series [in March] next year. We have back-to-back tournaments coming up, so there are issues of player availability and injuries.”

Bangladesh have the Asia Cup and a tri-series in New Zealand to try new things before the T20 World Cup but still there is very little expectation that they will perform well once the marquee event begins in Australia in October. Litton Das even admitted as much last month.

Under Domingo, Bangladesh have won four T20I series, including those against Australia and New Zealand. But since those two successes at home on raging turners, they have lost just 15 out of 19 matches. They were blanked in the Super 12 stage of the last World Cup and more recently they were done 2-1 by Zimbabwe and 2-0 by West Indies. Team director Khaled Mahmud last week called the players’ performance a disgrace.
Bangladesh went through a number of changes in Zimbabwe. Mahmudullah was sacked as captain – only to be reinstated when his successor Nurul Hasan got injured. Many felt this was a backwards step, even if it was only temporary. Their newcomers, Munim Shahriar and Parvez Hossain Emon, also struggled to make an impact and morale hit an all-time low when, having kept the series alive in the previous T20I, they failed to chase down a target of 157 in the decider.

“We all saw what happened so you can evaluate what happened in the third T20I,” Yunus said. “We should have chased down that target. We admitted that we are not good in T20s, so we took a positive approach to making changes in the team.

“We had a very precise plan, which we wanted to implement [in Zimbabwe]. Maybe those we selected didn’t perform up to the mark but we are not disappointed.”

Yunus also said that Bangladesh will announce their squad for the Asia Cup this week after seeking extra time from the Asian Cricket Council. With Nurul still sidelined, there are question marks over who will captain the team as well. It has been reported that Shakib Al Hasan is the BCB’s No. 1 choice to step in and take charge.

“We have a long injury list. Litton is injured. Saifuddin is still working on his fitness. Yasir is still not fit. Mustafizur has some pain. We want to submit a confirmed squad that is injury-free. We have the World Cup preparation after the Asia Cup, so want to have a similar set of players. This is why we are taking our time,” Yunus said.