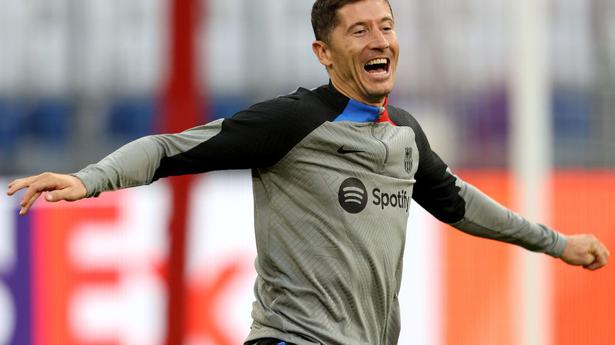 Barcelona will face Bayern Munich in its second Champions League fixture at the Allianz Arena on Tuesday.

The La Liga side has not been able to beat the Bavarians in the last four meetings and will look to settle the scores of its previous double in the group stages last season.

Barcelona, this time, has Bayern’s second-highest goal scorer of all time – Robert Lewandowski – on its side. The Poland captain moved to Camp Nou this summer in a €50 million move.

“If I see him tomorrow, I will shake his hand. I’d be happy if our fans welcomed him well. That’s normal when someone has given so much to the club,” said Julian Nagelsmann before the match.

“That’s how things should be. I don’t know if Lewy is their most dangerous player, but I’m sure he’s their biggest goal threat. But if he doesn’t get the ball, it will be difficult for him to score.” Xavi Hernandes, the Barcelona coach, has not lost a match this season and will look to continue the same against the German Champion.

In its first Champions League game, Barca beat Viktoria Plzen 5-1, which included a hattrick from the Pole, as he became the first player to score UCL hattricks for three teams – Borussia Dortmund, Bayern Munich and Barcelona.

“Tomorrow doesn’t change anything, whether we win, draw or lose. We can’t draw any conclusions based on one game, but it’ll be a big challenge and a big achievement for us to win here. We’ve been working together for nine months and we see ourselves capable of competing tomorrow. We’re excited,” Xavi told the press in the pre-match press conference.

In the last nine meetings between the two sides, Bayern Munich has won seven matches and lost just two. In the last three away fixtures against the Bavarians, Barcelona has conceded eight goals – something Xavi will be cautious about, this time.

Bayern Munich, on the other hand, has looked dodgy in securing three points in Bundesliga – drawing all of its last three league matches. It comes into the match following a 2-2 draw to VfB Stuttgart.

When and where to watch?

The Champions League fixture between Barcelona and Bayern Munich is scheduled for a 12:30 am IST kick-off at the Allianz Arena in Munich.