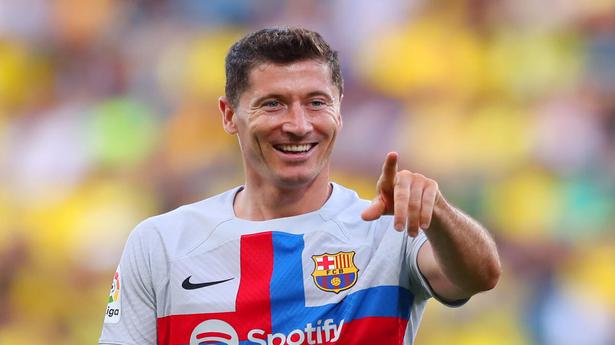 Barcelona will look to win five La Liga matches in a row when it faces Elche at the Camp Nou on Saturday, August 17.

Barca is currently second in the table, two points behind the leader and arch-rival Real Madrid. Elche is in 19th and has picked up just a point from its first five games of the season.

Xavi’s Barcelona will be coming into the match on the back of a 2-0 defeat at the hands of Bayern Munich in the Champions League. It was a match where the Catalan side had a plethora of chances, especially in the first half but could not take them. The missed chances came back to bite Barca as early second-half goals by Lucas Hernandez and Leroy Sane sealed the win for the Bavarians at the Allianz Arena.

Barcelona enjoys a good record against Elche. It has won six of its last La Liga matches against Elche including a 3-2 win at Camp Nou last season.

Xavi will have a fully fit squad for the match provided there aren’t any last-minute injuries. Robert Lewandowski, who failed to score against his former club Bayern Munich in Barca’s 2-0 defeat, has had a stellar start to his La Liga season, netting six goals already.

Elche will miss the services of Gonzalo Verdu who is out with a groin problem. Gerard Gumbau will also miss out on the chance to play against his former club after picking up a hamstring problem against Athletic Bilbao.

When and where to watch the Barcelona vs Elche La Liga match?

When does the Barcelona vs Elche match start?

Where can you watch the Barcelona vs Elche match?

The Barca vs Elche match will be telecasted live on the Sports 18 -1 SD/HD channel. It will also be available for online streaming in Voot Select and Jio TV app.