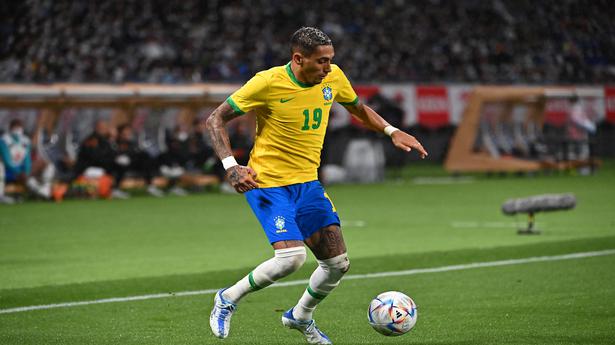 Barcelona have reached an agreement in principle to sign Brazilian winger Raphinha from Premier League side Leeds United, both clubs announced on Wednesday.

Financial details were not disclosed but Spanish media reported that Barcelona will pay 58 million euros ($58.33 million) in a fee that could go up to 68 million with the agreed add-ons.

“FC Barcelona and Leeds United Football Club have reached an agreement in principle for the transfer of Raphael Dias Belloli, Raphinha, pending the player passing his medical,” Barcelona said in a statement.

Chelsea and Arsenal both tried to make a late push in an effort to sign the player, but the Brazil international chose to join Barcelona, who finished second in LaLiga last season.

Raphinha scored 17 goals in 67 games in all competitions for Leeds after joining the Yorkshire club in 2020 from Stade Rennais. The 25-year-old previously also played for Sporting CP.

Raphinha has taken the front seat to be Brazil’s right winger at this year’s World Cup in Qatar, starting seven of the last nine games of his national team and chipping in with three goals and two assists since being called for the first time by coach Tite in October 2021.

Forward Ousmane Dembele, whose Barcelona contract expired last month, joined the team on Tuesday and is expected to sign a new deal with the Catalan giants.