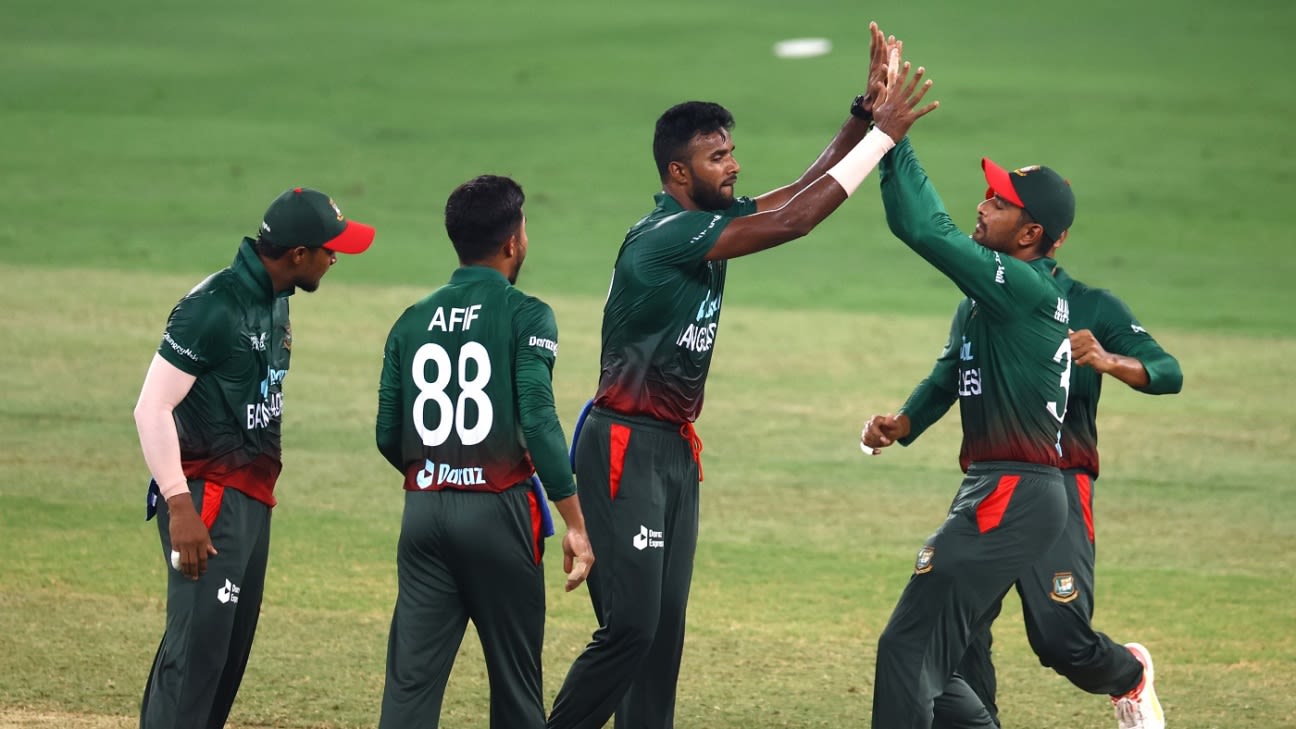 The Bangladesh team will travel to Dubai next week, to play two T20Is against UAE and complete a training camp that was interrupted by rain in Dhaka. Only one day of training was possible in the past week, as heavy rain lashed the capital and other parts of the country.

BCB chief executive Nizamuddin Chowdhury said that the camp in Dubai will run from September 22 to 27, with the two T20Is scheduled for September 25 and 27. Then, the team will return to Dhaka for a few days before flying to New Zealand for a T20I tri-series against the hosts and Pakistan in early October. All of this will be preparation for the T20 World Cup that kicks off in Australia in mid-October.

“The team wasn’t able to prepare properly here due to the weather,” Chowdhury said. “As a result, we have decided to send the team to the UAE for a preparatory camp that includes two T20Is against the UAE. We have already contacted the Emirates Cricket Board. We can use the facilities in Dubai Sports City or other places there, which our team management believe will be helpful for us. There wasn’t much happening here due to the weather. We plan to be there from September 22 to 28. We will return to Dhaka, and then be on our way to New Zealand.”

Chowdhury said the team management will decide if captain Shakib Al Hasan will be called back from the CPL to attend the camp.

“Dubai only takes three or four hours to travel [to from Dhaka]. We are focused on the facilities that we will get there. We are not only getting a good training camp but also couple of extra matches in our preparations. The standby players who were announced along with the World Cup squad will also travel to the UAE.

“The team management will decide whether or not they need Shakib in the UAE camp. We have already given him an NOC for a domestic league.”